Geo News is airing repetitive message that the TV Channel is going to shift broadcasting its transmission from Dubai to Pakistan. We don’t know much about what actually is going around. Updates are expected soon; however, there is nothing being on-aired on TV except this message.

Earlier on, Geo Television had said that Pakistan President Pervez Musharraf is behind a move by the United Arab Emirates government to stop its transmission.

Geo TV said it had received a notification from the Dubai administration which had asked the TV channel to stop airing two popular current affairs talk shows or else close down. Geo News was previously headquartered in Dubai and has had a troubled relationship with the government there since the 2007 Emergency in Pakistan. Geo in its news had reported that it may start airing the transmission from Hong Kong or UK.

Also the transmission satellites are being changed; new satellite specs are as following

We know that Geo TV also offers its webcast at Geo.tv

So, if you are receiving Geo News directly from satellite, through Dish Antenna, change the directions as mentioned to receive signals 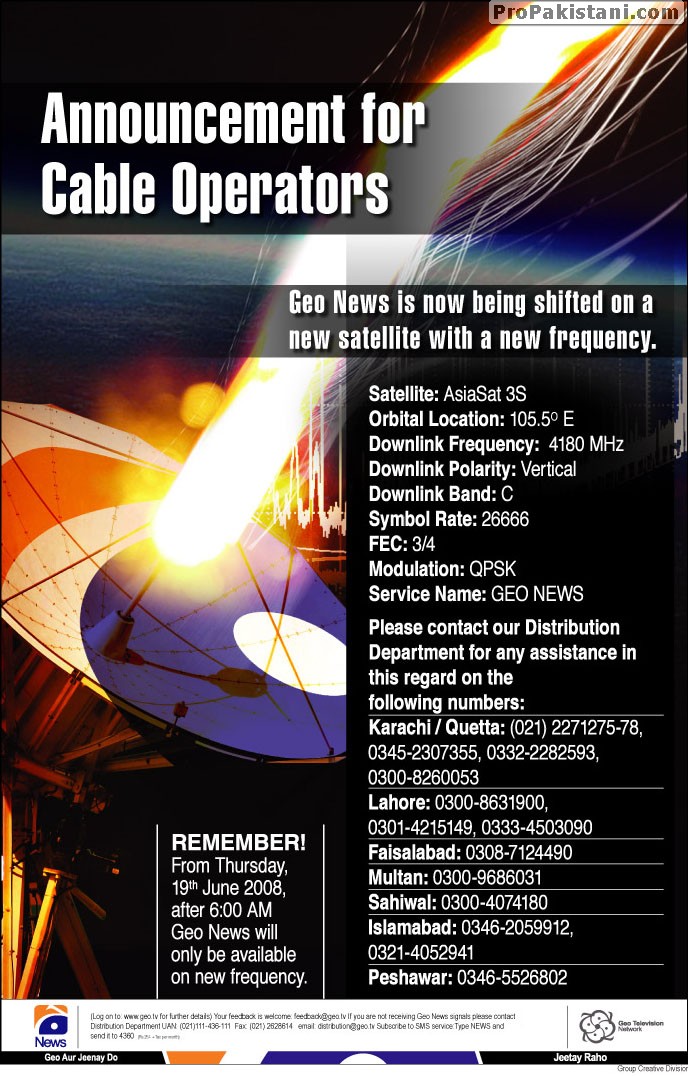