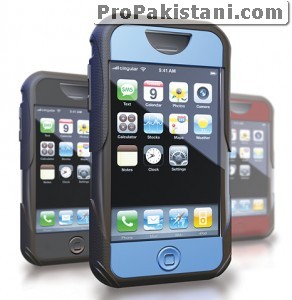 We know that 3G iPhone (or iPhone 2) is going to hit its lovers from July 11th, 2008, along side people in Pakistan are anxiously waiting for unlocked 3G iPhone to get into their hands. But still there are countless folks around, in Pakistan, who have not met iPhone in person; however, they must be seeking their chances to get familiar with this device.

So if you are in Pakistan and looking for iPhone then you can go with original (non 3G) version of iPhone, and they are easily available in Pakistan. I will count some of the stores and online resources.
Going with original iPhone has couple of reasons

So why not to focus on original version of iPhone? However 3G iphone may come into consideration, once the unlocked version is there and also some 3G network in Pakistan.

As stated earlier, no official presence of iPhone is there in Pakistan, hence you will have to look around those shops who have managed to get unlocked iPhones from US or European countries, or in other case they have unlocked them here in their labs.

Hafeez Center, in Lahore, is a good solution to find a shop to purchase iPhone. Other than Lahore, Singapore Plaza in Saddar Rawalpindi, serves iPhone enthusiast from Pindi/Islamabad.

Couples of online recourses found are here and here where individuals claim that they offer unlocked iPhones at catchy prices (please verify them, and purchase anything at your own risk, I have not verified them at all)
iPhone Prices in Pakistan

iPhone prices vary from shop to shop and from city to city…but in general, expect unlocked original iPhone 8GB for PKR 38,000 to PKR 41,000