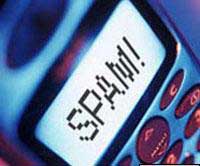 In current telecom scenario of Pakistan, innocent subscribers are feeling tremendous pressure and harassment with growing fraudulent activities using cellular communication. It is of common practice that an SMS message that contains information about lucky draw award is received by innocent subscribers who unconsciously reply to such message and losses his balance in return. Besides that some obnoxious calls from a deceiver invites subscriber to come to particular location for award of prize money which ends up in loss of hard earned money of those innocent subscribers.

In the past Pakistan Telecommunication Authority has taken several measures to cap Spam, Unsolicited and Obnoxious Calls and text messages. Until now authority had tried to aware telecom subscribers to report such activities to PTA’s complain resolution number or helpline of respective cellular companies, in order to take action against such callers/spammers.

Lately, PTA has been trying to block unwanted calls on cellular phones in a more organized manner. For the purpose authority gave a tender advertisement in papers, asking solution providers for installation of SPAM filtering devices.

PTA website has revealed about a meeting that was attended by PTA officials and representatives of cellular service providers, in order to identify the critical issues relating to spam, unsolicited and obnoxious calls. In the meeting unsolved spamming problems were discussed that are increasing due to mobile generated fraudulent activities.

PTA thinks that this is not enough, and there should be an industry standard in order to block such unwanted calls and text messages. For the purpose, PTA also held a meeting with Tekelec (that provided SMS filtering services to Mobilink) to discuss possible solutions for the problem.

Pakistan Telecommunication Authority, after a deep look into the matter may direct all cellular companies to install such equipment that will filter all unwanted calls for cellular users.