Growing rate of Wireless Local Loop (WLL) subscribers in Pakistan is snatching market share from fixed line market. Recent stats from Pakistan Telecommunication Authority show that fixed-line teledensity has seen a fall while WLL subscribers have marginally grown when compared to previous months. This addition in WLL subscribers is shared by all five major WLL companies operating in the country.

PTA’s most recent fixed line stats showed a declining trend in fixed line subscribers with going down from 4,086,206 subscribers in 2007 to 4,546,443 in the first two months of 2008. The PTCL fixed-line subscribers have declined from 5,128,442 in 2006 to 4,405,161 in August 2008. However, the subscribers of other fixed-line operators WorldCall, NTC, Brain Limited and Union Communication have increased during the current fiscal. 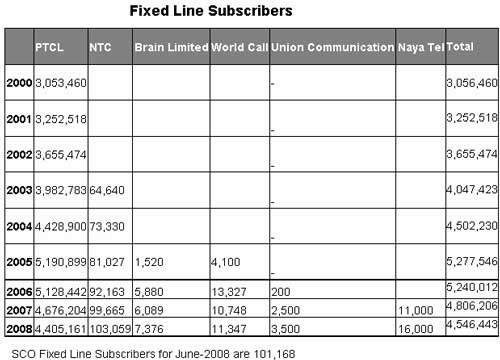 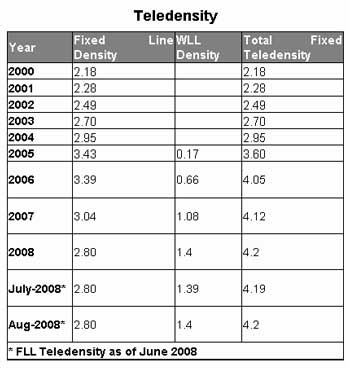 Experts opine that the situation is pulsating for WLL due to ordinary services from PTCL. Along with largest fixed line company, PTCL is also pushing its customers for Vfone (its WLL unit) instead of fixed line.

Furthermore, all WLL companies are enjoying the blunt violation of single mobility law. (Single Mobility law confines WLL customers to keep their handsets with-in a single tower’s coverage radius). This violation from WLL companies is adding more value to WLL handsets, as their subscribers enjoy the freedom of mobility at cost of fixed line communication.