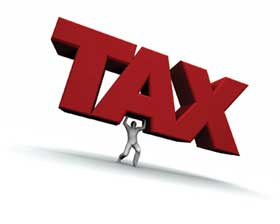 These days the hotspot word about our economy is “recession”. Every one is talking about it and in such times consumers think twice while spending and consuming, as a result, companies have to respond accordingly. Two areas where the highest impact is expected are sales and the cost of incurred in generating sales, in other words even more media cost justifications will be necessary. As due to recession, every one, from person to company, is under financial pressure, so every paisa matters. This is the recession which makes me more careful in spending while calling my dear ones.

That was the impact of recession that for the last six month or so, I was wondering what was happening to my mobile that it appears to be even expensive to me. We have already discussed here that Pakistan has the biggest ratio of taxes in sub-continent.  In such a situation, we are left with only Ufone’s ad which is claiming that it is the cheapest call of the world. However, facts and figures are against this entire claim as we are paying 36 % percent taxes on each call which is showing how in-expensive we are.

You may wonder that I may misguide you as you don’t have an instant billing system. But all those who have Warid connection are aware of the fact that they are paying 36% taxes. Now my dear, I want to give you a detail of my recharge on Warid which actually shocked me. (Almost similar is the case with other mobile phone companies)

When I recharged my account for Rs. 250, the message I received  was information about 10 % withholding tax and 5 % face value deduction by the operator which is also a tax for consumer. All companies are deducting this tax. Unfortunately, these extra charges are being deducted by all operators for the last 6 months i.e. since August 2008. Now, when you make a call, you have to pay 21 % GST which show the aggregate tax reaching to 36 %

By any standard and regulation, it is the highest rate of taxes. I personally think that the present government when saw this huge telecom sector, they found it easier to impose more taxes then the normal. We all know well about the fact that on all other items and services, customers are paying 15 % General Sales Tax. However in some cases some un -registered companies have to pay 18 % GST, 3% higher then the normal rate. I wonder what was so special with telecom that the government decided it necessary to impose not 15% but 21 % which is approximately 40 % more then the normal rate.

I wonder why no one has gone to consumer court against this over GST. This was not agreed or announced by any operator earlier.

If we look at India, they have only 15% GST on only calling time. There is no concept of withholding tax or face value charges. Even in Bangladesh and Sari Lanka, the poor nations, they do not pose such things to grab more taxes.

In such a scenario, I remember an ad which was explaining the worst situation in Karachi. It was released by Central Board of Revenue 8 years ago; ad had a message for the public to help in maintaining peace and security in the biggest city of Paksitan. It said “If the milk producing cow has died, how we will get milk?”

I think all the companies should give such message to PTA and Ministry of IT and Telecom; for God sake…. it is enough. You already know that these companies are already giving 5 % of the Research and Development Fund and another 1.5 % to Universal Service Fund. After pressurizing the telecom sector, now the government is trying to sideline the customers and we have seen the result of decreasing number of mobile customers. Will it serve the cause?

Another thing which I want to focus here is the fact that even Mobile operators are now little choosy in spending their media budget, especially on the TV channels. Although telecom players are still spending over 6 million US dollar per month.

At the same time, i want to add this information (which is maybe irrelevant) that it was also disclosed in a research that only half of the audience is being covered by the TV channels. A comparison of the   audience share captured by Pakistani TV channels for the period  January through November 2008 shows that advertisers are only hitting about  50% to 60% of the audience, with the remaining watching Indian channels, foreign channels or in house cable.

So the idea is to keep the cow alive so that we keep getting milk at least..! so lower the taxes, so that FDI keeps coming to spin the national economny.