We covered earlier about rise in SMS usage in Pakistan due to multiple factors, major of which was SMS bundles offered by all cellular companies, and now as per a story published by PC World said in a report that Pakistan generated 763 million text messages during 2008/09 and stood fourth for SMS traffic in Asia Pacific. 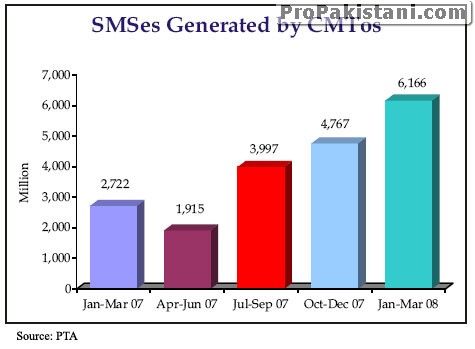 Report further said that Pakistan showed highest year-on-year growth, which was as high as 253 percent compared to last year during the same period.

As stated above, one can easily term SMS Packages the sole responsible for this growth. However, other things that supported this growth may also include the political situation of the country, which evolved the idea of SMS based political campaigns during and after elections. Increased awareness in Pakistani telco users can also be seen as a factor that boosted the usage of SMS.

Via [In the Line of Wire]