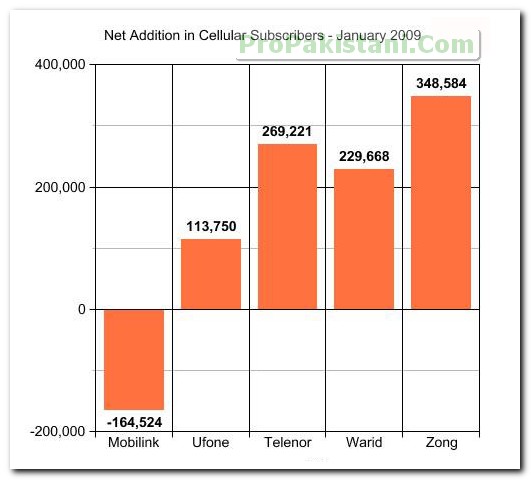 Mobile Phone subscribers’ growth rate has been returning to upward trend after witnessing two-month contraction in overall users’ base. Daily Times while quoting Pakistan Telecommunication Authority has reported that five cellular operators of Pakistan collectively posted a modest increase of 0.38 percent users in January 2009 with total of 1.547 million net addition in subscribers.

Paper further reports that users’ addition on various networks of cell firms became visible as the cellular operators reduced their rates last month to attract customers. They added subscribers who lost their connections on non-registration and non-verification of SIMs. On the other hand, the number of users has been growing modestly in the rural areas of the country as the operators have been running their sales campaign in these areas.

In January 2009, Zong out classed other with heighest sales. Mobilink lost 164 thousand subscribers, that’s far less than its previous record.

At end of January 2009, total number of cellular subscribers in Pakistan is 90.7 million (90,703,897), with Mobilink at top, while Telenor staying at second slot before Ufone. 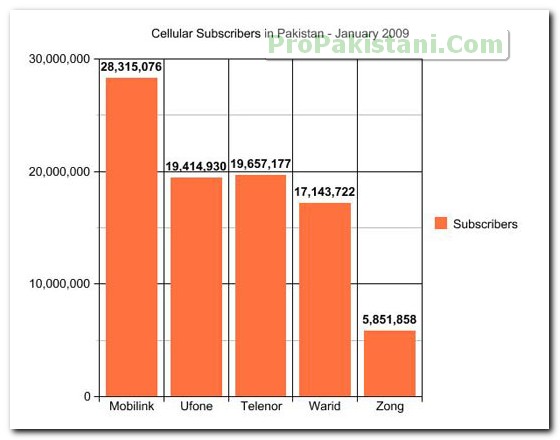