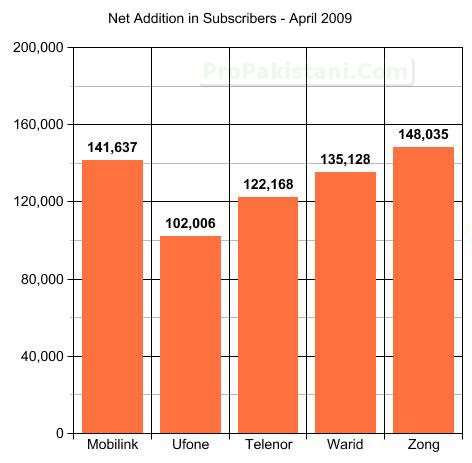 As per latest stats issued by Pakistan Telecommunication Authority, cellular subscribers in Pakistan are about to hit 92 million mark. There are total of 91,978,760 were reported as of April 2009.

Zong stood first by capturing most customers in April 2009, while all cellular companies collectively added 536,419 customers. 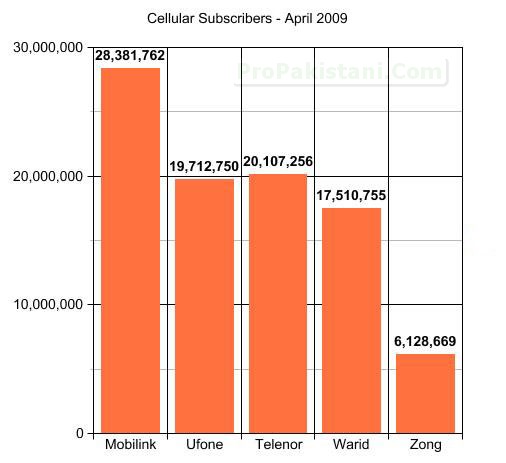