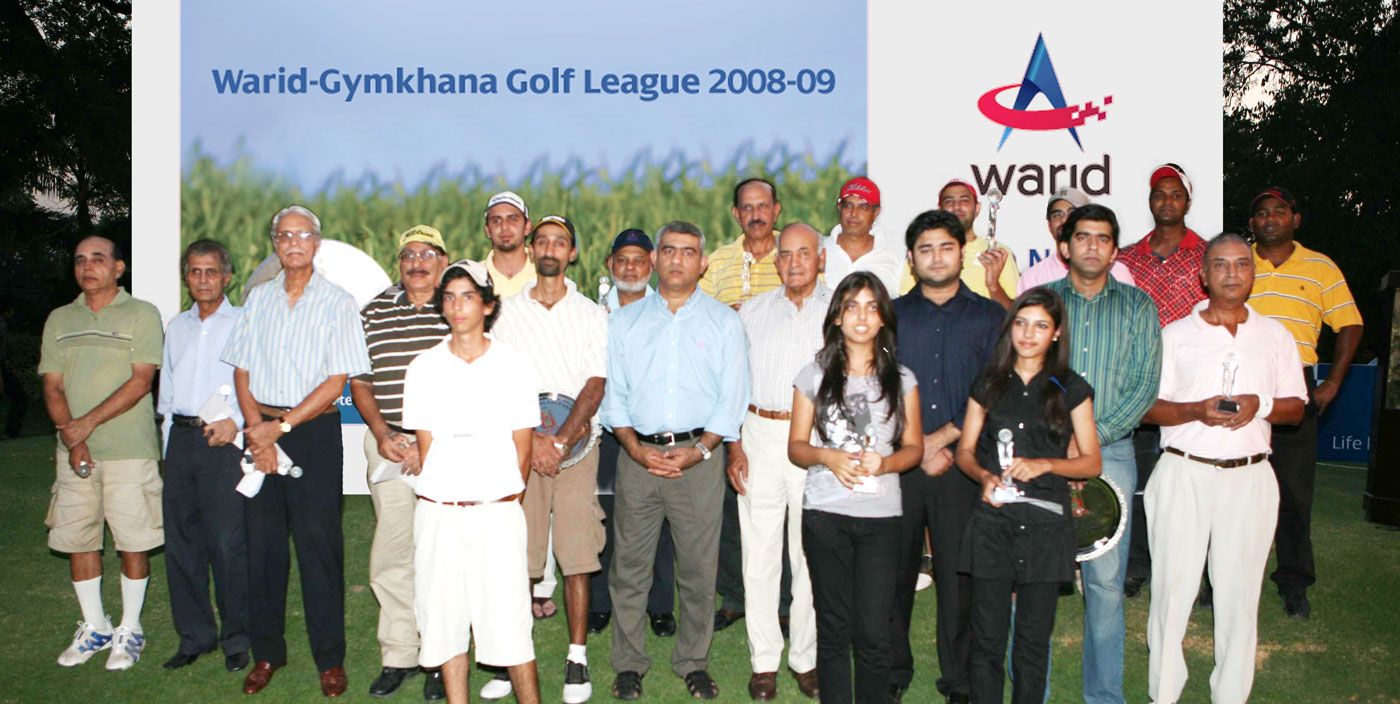 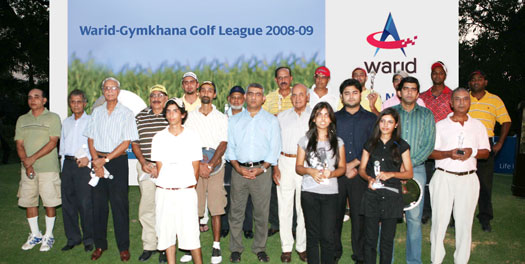 The Warid GymKhana Golf League tournament for June2009 was contested at the sun baked Lahore Gumkhana Golf Course on a blazing afternoon, when only the bravest of golfers turned up to compete for honors in this prestigious golf event.

Even though determined they did look, as the championship teed off, yet many felt drained of much needed strength and energy, most of it soaked by the direct overhead sun, as the game proceeded and caution made them withdraw and move to the safe confines of the clubhouse, at the expense of being labeled as timid.

However, that seemed the right thing to do. Yet youngsters like Sameer Iftikhar, Wazir Ali, Mustafa Rafi and the fitter forty plus one like Azfar Hassan, Shoaib Bokhari, Chaudry Akhtar and AVM Zakaullah stayed on and showed flashes of form with steady rounds that appeared the work of champions.

Sameer won the first gross in the single handicap category 0-9 with a round of gross 72. Wazir Ali also furnished on the same score but collected only the runners up gross prize, based on a count-back of scores on the back nine. Others who produced winning workmanlike rounds were Mustafa Rafi Khan, gross 80 followed by Chaudry Akhter and AVM Zakaullah gross 82.

Those who revealed good form in the quest for net honors were Azfar Hassan (winner) with a net score of 67, in the handicap category 0-9, and in the handicap category 10-18 Saif Hassan was brilliant producing a dream like round of net 64. The runner up in this category turned out to be Shahryar Anwar, his score a most impressive 66 and he is aiming to follow his father’s footstep whoa couple of years back won the Governor’s Cup title.

Amongst the seniors noticeable was the presence of Irfan Saeed and Pervez Masoud who made shot making look effortless and accurate. Pervez Masoud has returned to competitive golf after a lapse and succeeded in prevailing over his competitors.

The youngster who managed to thrill in this tournament was golf professional, Lateef Masih of Code, and during the two rounds his underpar cards of 76 (five under oar) and 62 (ten under par), were a testament to his immense potential and incidentally his round of 62 is a course record.