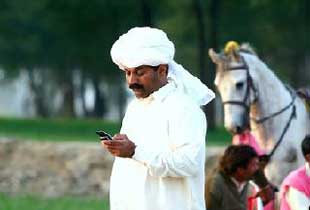 With 93 million cellular subscribers (by May 2009), Pakistan stands fifth position for number of mobile users in Asia.

The third largest mobile market in Asia is Indonesia, with around 144.6 million, followed by Japan.

In fifth position is Pakistan, followed by Vietnam with around 73.2 million users.

The seventh is the Philippines with 71.7 million, followed by Thailand 62.7 million, Bangladesh 46.3 million and South Korea 46.2 million.