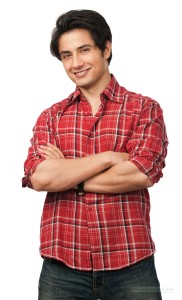 Ali Zafar is a known name, not only locally but globally as well. He started of his career from modeling and then earned respect in the music industry.

Ali Zafar remained Telenor TalkShawk’s Brand Ambassador for three long years, before he shifted to Mobilink, that turned out to be a surprising or let me term it shocking development for the industry and his fans.

Ali’s this move fanned fire at various levels and multiple fronts, media being at top. Certain news items were published, discussions, gossips and in fact there went some press releases too, some criticizing while others appreciating the step.

We thought to talk to Ali himself, and get first hand information about the whole scenario. Ali was kind enough to spare time for ProPakistani as he answered some sensitive questions…

Below is our interview with Ali Zafar. Enjoy and do share your feedback in the comments.

ProPakistani: What made you leave Telenor and Move to Mobilink? Was it money difference, affiliation or maybe some conflict or just an end to a contract?

Ali Zafar: I know there has been quite a talk about it and various versions exist. But I will try to be honest and simple in answering your question to make life easier.

There is no single reason that led to my move from Telenor to Mobilink. In order to put things into perspective, following were the reasons that led to my shift.

ProPakistani: How was your experience with Telenor Talkshawk?

Ali Zafar: It was a great experience working with the Talkshawk team. Everyone was really nice from the brands to the agency and creative teams and I have some fond memories of my time with them. These memories will stay with me as I move on.

ProPakistani: Masses knew you as the Telenor guy, maybe you disagree but that’s a common perception, how will you defeat this impression and don’t you think it will harm your new brand?

Ali Zafar: First of all, I do not intend to defeat any impressions that people might have of me. In perfect honesty, the common perceptions of the masses and their sentiments towards me are tremendously important in how I see myself. I continuously try to portray myself in the most genuine and sincere manner that I know how, be it through my singing or my brand affiliation. I wholeheartedly feel that there should be no reason for my new representative brand to suffer because they are an ensemble of responsible and caring individuals who have my best interests at heart.

The team at Mobilink are competent and smart professionals so when they signed me on, they had already thought about this. Frankly, they had complete confidence in me and are very content with the feedback, so I am very comfortable with my decision as well.

With Mobilink, in some ways I feel like I have come full circle. Very few people know that I have worked with Mobilink before. Right around the time I started my television career, I was part of the Azaan ad that Mobilink aired in 2003 which was a a powerful one and I think it played a great role in putting my face out there. By the grace of God, I have come a long way and I think I will grow further with my association with Mobilink.

ProPakistani: We have seen press releases against you in media, in your opinion who issued them?

Ali Zafar: There could be any number of people who would issue such statements but today’s media and consumer are both mature enough to see past such tactics. However, I would like to mention that there are also those voices that have supported me throughout my career that tend to be obscured by the overwhelming negative opinions of such statements in the media. In any debate, there are those who are ‘for’ the topic of discussion and there are those who are ‘against’.

To put it in simple way, I respect the opinion of those who have any grievances towards my decisions and I equally respect those who continue to support me in regards to my career choices. Both are entitled to judge and both are entitled to their opinion. I do not wish to discriminate any one particular point of view.

ProPakistani: Media thinks you left Telenor because of money, how would you comment on this?

Ali Zafar: It is very easy and convenient to factor in money as a blinding tool of opportunity. However, there are numerous reasons that I have for leaving Telenor as I mentioned in the beginning of the interview as well. You know you have to part ways at some point so it really is a matter of who makes the move first. Like any professional who is seeking a better opportunity in this world, I chose to leave for one basic reason – I felt that it was simply the time to move on and everything else followed.

ProPakistani: What plans you have got for Mobilink Jazz in coming months.

Ali Zafar: Well the question is what plans does Mobilink Jazz have for me. I’ve witnessed some impressive energy in the team and everyone’s highly involved. Managing such a big brand is not an easy task and requires tremendous vision which I think is apparent in the outcome.

They work hard and keep me busy too. At the same time they are youthful and full of energy, like the brand itself, which makes recording sessions a lot of fun. I already have a great rapport with the entire team so I am really looking forward to a wonderful time ahead. Our aim, in coming campaigns, is to provide the audience with a new level of entertainment and I sincerely hope that every single person will enjoy what we have in store.