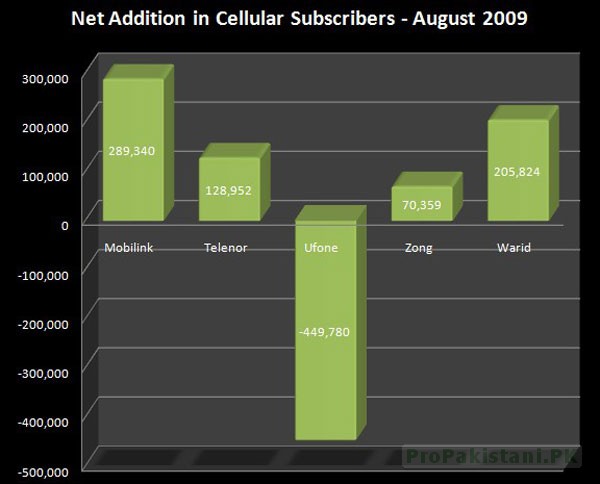 PTA has at last issued cellular subscribers’ stats for the month of August and September 2009. Stats reveal that Pakistan telecom industry is about to hit 96 million subscribers in the country – with 58.60 percent teledensity.

Mobilink has touched again 30 million mark being at the top, while Telenor is bagging the second slot with 21.65 million customers at the end of September 2009. Ufone is at 3rd slot with 19.1 million customer – thanks to heavy losses in previous two months. Warid and Zong are surfing nicely with smooth addition in subscribers.

Mobilink and Telenor added most customers, while Ufone lost maximum numbers in the charts.

It should be noted that 668 SIM verification system was launched in October 2009, so let’s not rule out chances of swift drop in cellular subscribers in coming couple of months (at least). There are un-confirmed reports that at least 1.5 million SIMs have been blocked and more to follow in coming months. If 668 campaign goes on for another two months, we should expect a slip of at least 2 million subscribers if not 3.

Following are graphs for cellular industry to further illustrate the picture… 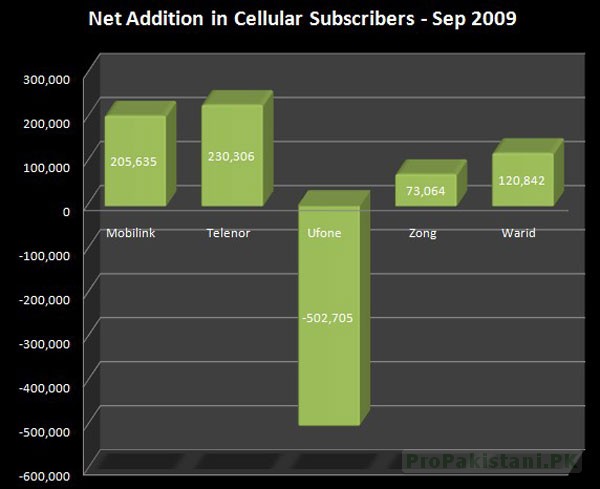 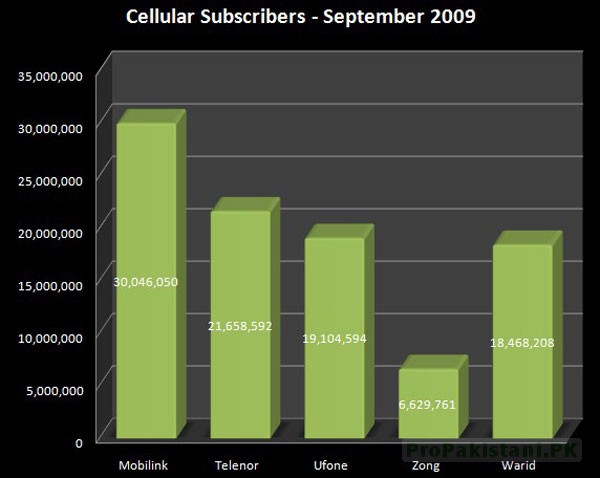 PTA says that there are total of 2,684,594 WLL subscribers across the country with 1.6 percent teledensity. Stats reveal that WLL subscribers grew at a rate of 0.9 percent in August and September 2009.

As said by PTA, growth rate for WLL subscribers has declined slightly in latest months.

PTA could not update fixed line stats, and last update was made in March 2009, according to which there are 3,525,824 fixed line subscribers in the country – clearly PTCL leading the field with 3,378,495 subscribers. It must be noted that Fixed line subscribers are continuously declining with time due to competition and comfort that cellular service providers are offering.

Other than PTCL, following were stats for fixed line