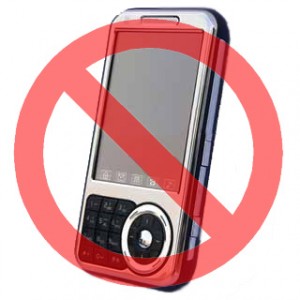 Indian media has reported that as many as 25 million Chinese handsets were blocked in India today, which were without valid IMEI numbers. Move came after The Department of Telecommunications, India (DoT) instructed operators to block cellphones without a valid IMEI number.

By the way, not all Chinese handsets come without IMEI; rather these Mobile phones without an IMEI are typically low-end handsets from smaller Chinese phone manufacturers who cut costs by skipping the IMEI programming stage.

The issue of handsets without valid IMEI became a serious concern after such phones were allegedly used by terrorists, and the lack of unique IMEI made it impossible to prove who made or received specific phone calls as they couldn’t be traced to a specific handset.

Cellular operators in India offered such subscribers to either discard their handsets or bring them to official outlets of cellular companies to reprogram their IMEI numbers.

While on other hands, significant quantity of Chinese made handsets are available in Pakistan that come without valid IMEI. When we spoke to several phone sellers, they confirmed that Chinese handsets are usually duplicates of branded phones like Nokia, Samsung etc. They further told us that these Chinese handsets are fully functional however, they lack IMEI programming for several reasons, for instance Chinese manufacturers are usually not registered companies thus no IMEI range is allocated to them. It was further learned that IMEI series allocation happens only hardware type approval.

When we spoke to official of cellular companies, they were of the view that we are in the process of pre-requisites of such measures. they opined that we are yet to streamline Mobile connection ownership issues. “Let’s not expect any super natural thing in Pakistan regarding this, in near future”, commented an official.

Chinese manufactured handsets are source of headache for mobile phone manufacturers like Nokia, Samsung and others. Sales of branded phones has been impacted significantly after low-cost Chinese handsets penetrated into Pakistani and other developing markets.

We can’t rule out Chinese made handsets the major responsible for Nokia slipping to number 2 in phone business profits, after Apple became the most profitable phone company in the world.