Pakistan was the first country in South Asia to implement Mobile Number Portability (MNP), back in March 2007 within a record time period of two years.

The porting activity has seen consistent growth, with over 1.14 million subscribers having availed the facility by June 2009 since the implementation of MNP project.

MNP usage has been on the rise, thanks to frequent offerings by cellular companies with price war on the edge.  The Porting activity picked up pace in December 2008 while over 70% of the total porting took place after the December 2008.

Below are MNP stats till June 2009, source: PTA 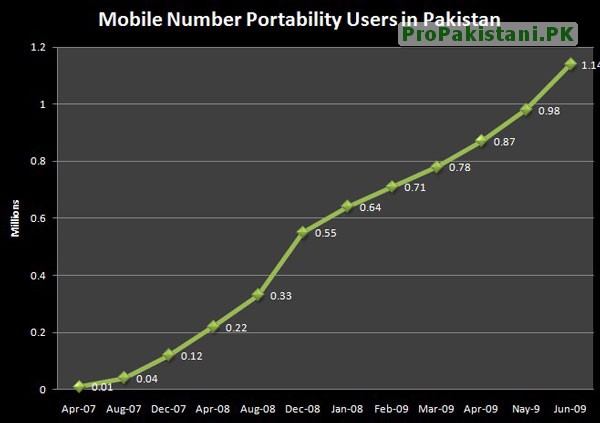