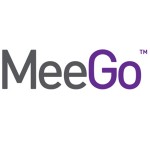 Unlikely partners Intel and Nokia have joined forces in an attempt to fend off increasing mobile competition from Google, Apple, and Microsoft. The two companies have merged their mobile OSes into one entity: MeeGo. You can expect the first mobile devices running on MeeGo later this year.

MeeGo will be a Linux-based software platform designed to work across a range of hardware architectures and devices including mobile computers, netbooks, tablets, mediaphones, connected TVs and in-vehicle infotainment systems.

MeeGo is a merger of Nokia’s Maemo OS and Intel’s Moblin OS, both of which are Linux-based. Combining the best of both Maemo and Moblin, and their developer communities, the new ecosystem will deliver a range of experiences for users, including internet-based, computing, communications, multitasking and multimedia. Users will be able to easily move their applications from one device to another and use the same applications on a range of different devices.

Developers will be able to use Qt to develop applications for a variety of devices and platforms, and market them through Nokia’s Ovi Store and Intel’s AppUp Center.