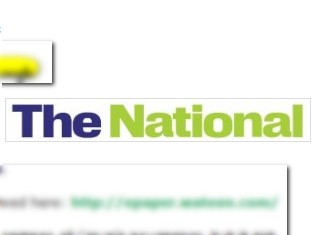 The National, Dabhi Group’s English Daily Newspaper, has started its operation in Pakistan with electronic presence for time being, before going full scale print publication.

Electronic Version of The National can be viewed here: http://epaper.wateen.com/

We reported long back about expected appearance of Group’s newspaper, but it got delayed due to financial crunch and other related reasons.

Amoon Media Group is a subsidiary of Abu Dhabi Group. Bank Alfalah, Wateen, Warid and Taavun are our sister concern companies. We are bringing out an English Newspaper from Lahore, Islamabad and Karachi. Our Group has more plans to cover every aspect of media life.

It merits mentioning here that a Dhabi Group’s daily newspaper with same name, i.e. The National is being printed from Abu Dhabi as well.