CPLC has recently published the report on the cell phones snatched/theft incidents. According to their data which they collected from February 2009 to January 2010, a total of 81,045 cell phones were reported snatched or theft – across the country. Those snatch/stolen incidents which were never reported are other than this figure.

CPLC has compiled their data according to areas, brands and colors such as…

It must be noted that there is no info regarding the recovery of cellphones, meaning that, there were either no recoveries made at all, or they are very little in numbers.

On PTA’s part, these numbers suggest that regulator has failed to aware consumers and blocking handsets through IMEI system, that is in place for years now. It looks that there is a huge market for stolen handsets, which are being purchased and then re-purchased with no hurdle at all. 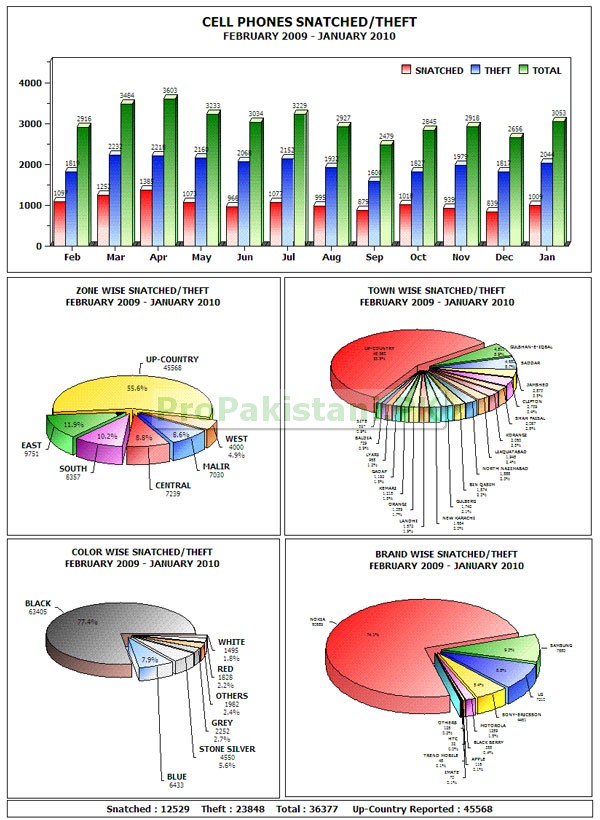