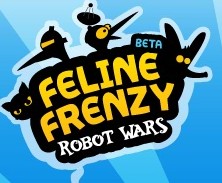 Feline Frenzy is what they have named it; a Facebook Game from Islamabad based start-up called White Rabbit.

Gameplay is about throwing boots at birds in the sky from a thrower that can turn right or left to aim the birds.

Along with there are cats flowing down hanged with balloons, you will have to aim at balloons so that cat’s don’t fall on ground safely. If four cats reach the ground, on either side – that’s the end of game.

With scores, you cross the levels. There are different boot types that get unlocked as you proceed with game levels. Watch out before firing boots, as each shot gonna cost you points.

Game is pretty addictive in nature; you may easily end up spending enough time playing it.