Cellular phone subscribers’ base has witnessed a significant contraction by 2.22 percent in January as the result of ongoing data correction process.

The Pakistan Telecommunication Authority’s (PTA) latest statistics show a decline of 2.17 million users in the overall sector, which reduced the teledensity of the country by 1.4 percent to 58.20 percent by the end of January 2010.

Warid remained the worst effected operator as it lost 2.65 million customers in total in January, taking it back to 4th slot in terms of subscribers.

The number of total subscribers in Pakistan now stands at 95.4 million after reducing from 97.57 million in a month.

More details in below graphs. 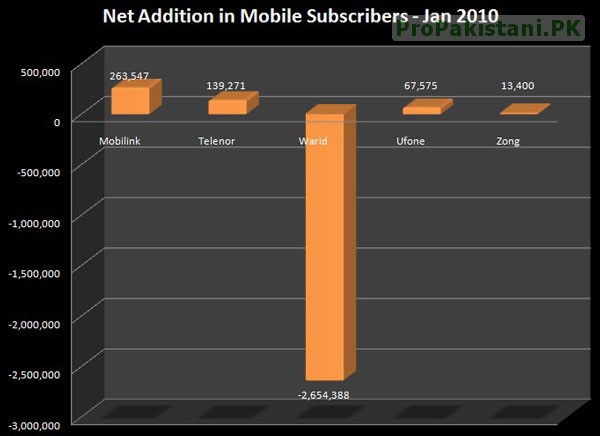 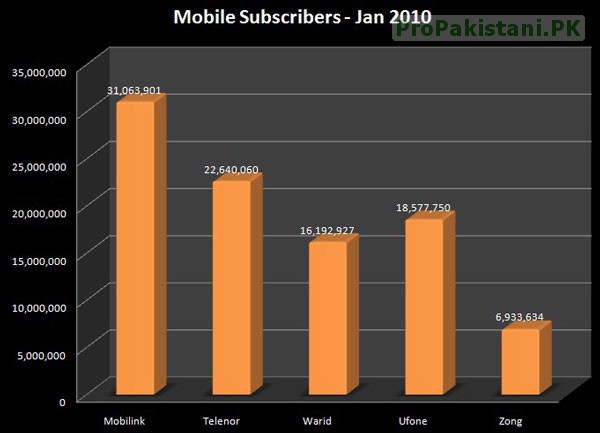