Microsoft Pakistan is apparently worried about declining market share of Internet Explorer in Pakistan, which has dropped down from 75.07 percent in July 2008 to 52.79 percent in March 2010.

For the purpose, Microsoft is promoting IE 8 in the country, through a campaign that is heavily advertised on Google Adsense and interestingly not on its own Ad network. 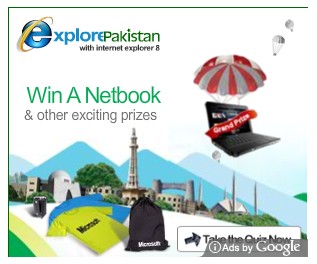 One may argue that it’s a cross network promotion campaign, but what for those who are Mozilla users and are on Bing? 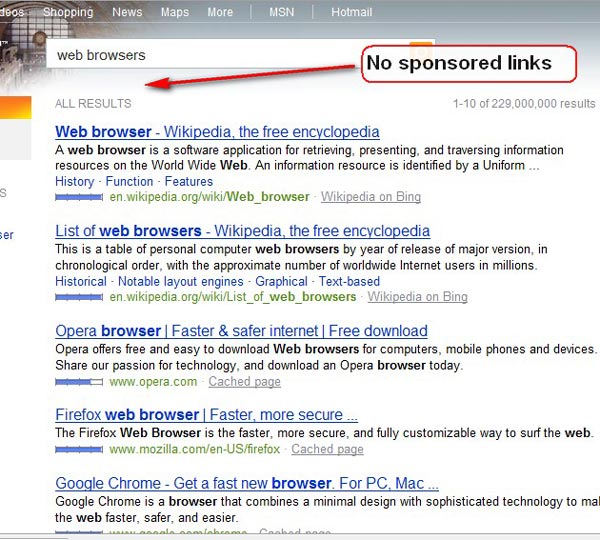 It Merits mentioning here that Microsoft has previously used Adsense for promoting their other products as well, including their search engine Bing.

Campaign asks users to download IE8, in order to enter into a contest that can win you shirts, caps, bags and Notebooks. To view details click here.

Watch terms and conditions which say: Personal data which you provide when you enter the contest may be used for future Microsoft marketing activity.