There was a PTV drama called “Ainak Wala Jin”, in which lead child hero was once told by his mother to not to accept any giveaway, while you are on journey. This advice is so true and valid for anyone, particularly in today’s age.

We have earlier reported sales teams’ involvement in fraudulent activities for offering fake internet services. Now it is told that group of criminals, posing as sales representatives of reputed companies, are giving away key-rings, and similar techy giveaways to victims.

Reportedly these key-rings contain tracking devices, while movement of those holding these gadgets is monitored. And ultimately looted when they reach a area which is considered safe for criminals.

This group targets well settled people only. Below is a security alert distributed at Bank of Punjab, which is pretty explanatory at its own. 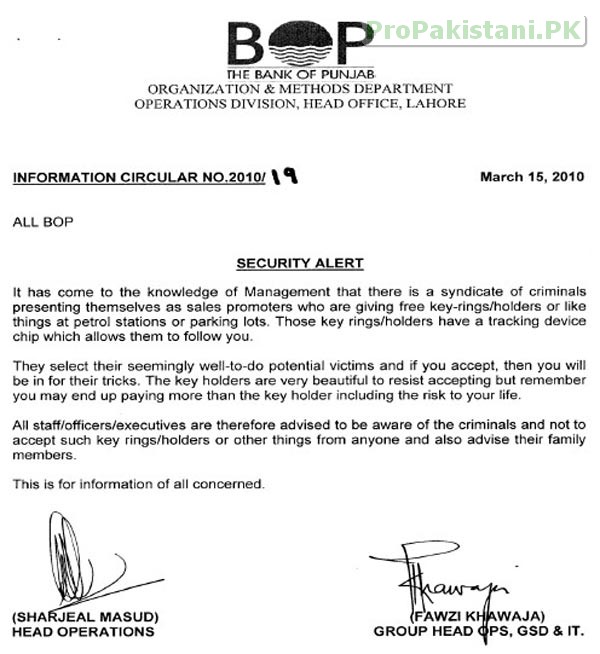