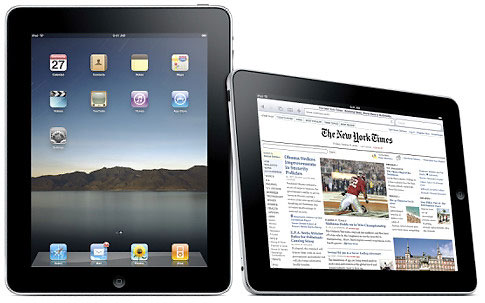 Sleek iPad is on sale primarily in United States – but tech enthusiast from Pakistan are already looking for ways to get the device in hands, locally.

When inquired, Apple’s authorized distributors in Pakistan are not giving out any estimated date for iPad’s sale.  Unlike their earlier claims, Media Center PK is not very confident for iPad’s arrival on their stores. iRaffles, Pakmac – no signs of iPad there too.

Online stores, homeshopping.pk and belisctity.com are left the only options for masses to get an iPad.

Homeshopping.PK is already delivering iPads, that’s quite amazing actually. When inquired they said they just got iPads today and are delivering to those who had pre-ordered the devices.

Those who will order iPads today or onwards will get their deliveries by 20th of April, 2010.

They have all three variants of iPad, as following

Here is the link for ordering online at Homeshopping.PK.

Other online stores are saying they won’t get iPad before July 2010.