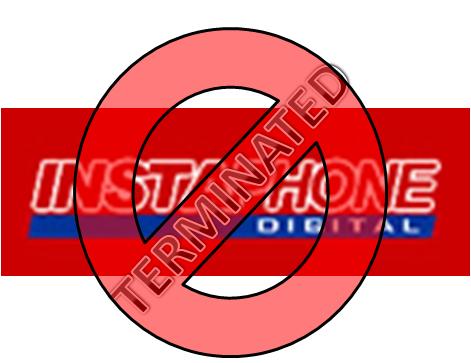 Other day we posted about PAC Ordering FBR to Lodge FIR against 4 Telecom companies, and we witnessed a lot of comments from people who used to serve in Pakcom Ltd. (Instaphone).

If you ask me what happened to InstaPhone, and how come (once) largest networked mobile phone operator vanished from the scene? Then wait for few days, as there is a  detailed report being prepared on this alone.

This post is about those employees who are waiting for their salaries, provident funds, and other benefits that are pending payment from InstaPhone for almost twenty months now.

Most of these employees were served termination letter on August 1st, 2008. While their salaries for at least 3 months were held by the company. Because these employees were terminated, so their claims included provident fund, settlement amounts and other pending dues.

These employees, few of which served InstaPhone for over decade – are still jobless. One can imagine the severed situation so no further words on their miseries.

For records, Arfeen Group had bought InstaPhone from Millicom, however, their dispute with PTA over frequency and payments resulted into termination of license. InstaPhone’s appeal against PTA’s decision was dismissed by Islamabad High Court, while now company is planning to go to Supreme Court – anytime soon.

In short, InstaPhone doesn’t exist today, when it comes to operations, offices or any other business activity. Company has just 5 working employees.

We took this query to Mr. Javaid Firoz, CEO of InstaPhone – to know the status of pending salaries.

Mr. Firoz was pretty clear that company has to pay the salaries of its ex-employees. However, he said that there should be money available in company account to pay liabilities. Currently, he said, company has nothing in hands – to entertain these hard working employees.

When asked, what’s the strategy, how would company pay the dues, if it has nothing left in account? Mr. Firoz was of the view that PTA, LDI companies etc are holding InstaPhone’s payments that company is going to get very soon. “As soon as we have the money, we will pay the salaries”, exactly said Mr. Javaid Firoz. However, no expected date for deliverable was given.

Question arises, who will ensure that InstaPhone get its cash from third-parties, and how early will it be possible for InstaPhone to pay hard earned salaries? If InstaPhone will ever be able to pay the salaries? Isn’t this Arfeen Group’s responsibility to pay liabilities of it’s subsidiary, maybe through fund injection?

How come Arfeen Group’s other arms (TeleCard, Supernet and GoCDMA) are not afraid of bad reputation by holding salaries of employees of its sister concern for this long?

Only time and fate will tell…!