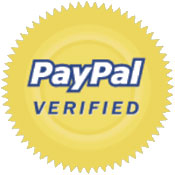 Talk of PayPal entering Pakistan got buzzed up in previous 2 days, especially after some professionals got involved in discussion on TGP.

As always, Fouad Bajwa was amongst the campaigners, who announced that Mr. Ibrahim Qureshi (Director Raffles Pvt. Ltd) has promised to voice the need of PayPal in Pakistan during Obama’s presidential summit.

Discussion caught further attention when a member revealed that Paypal’s advance team recently visited Pakistan. He further said that PayPal is already engaged with local lawyers and other related institutes to start building their infrastructure to offer Paypal services in Pakistan.

This looked quite fascinating and importantly it made sense, particularly, after a recent announcement by PayPal to aggressively campaign in Asia (to be number one in region like they are in Europe and America) with an evident focus towards the mobile commerce along with traditional e-commerce services.

For the purpose, PayPal announced last month to double its employees from 1000 to over 2000 this year, with 100 new jobs alone for Singapore, company’s regional headquarter.

Though, PayPal has officially not authorized all this. Anuj Nayar, Director, Global Communications at PayPal in a communication with ProPakistani accepted that like always, PayPal is looking at ways to grow the business in Asia. However, he said that he has nothing in hands to announce about PayPal’s specific plans for Pakistan market.

A source at PayPal, who wanted to remain unnamed, told ProPakistani that Pakistan has some serious issues relating to its ecommerce infrastructure, payment gateways, which make it impossible for PayPal to step in to Pakistan. He said, PayPal’s usual feature of linking an email with customers’ bank account will never be possible in given banking infrastructure of Pakistan.

He admitted that PayPal has studied Pakistan, and recognizes the potential, however, stated problem is not in hands of PayPal.

In his opinion, PayPal may start operations while accepting limited banks, probably starting with Citibank (which has payment gateway), and then rolling out solution for other banks of the country.

Regulatory issues with State Bank of Pakistan are considered as hurdles too, but as stated earlier, there is no question of arguing over regulations when there is no infrastructure in place.

This is where our local banks and of course the government has to play some role. Payment gateways are a must have thing. We had reports of PTA working on it, but nothing concrete could be said on it, as of now.

So as a crux, one can safely say that its not PayPal who is not coming in Pakistan, its our banks who are not well equipped.

On a side note, as PayPal has plans to offer mobile banking solutions in the region, companies like EasyPaisa can come in, and join hands with PayPal (given that their banking partner– Tameer Bank, starts offering electronic payment solution).

But only time will tell that EasyPaisa and PayPal will work in hands or will become rivals.