After a deep dip in January 2010, cellular subscribers in the country reached 96.23 million in February 2010, with teledensity hitting 58.70 percent.

All cellular companies showed positive growth in February 2010 with overall industry growth of 0.86 percent compared to negative growth of 2.22 percent in January 2010. Mobilink topped the subscriber base with 31.30 million. 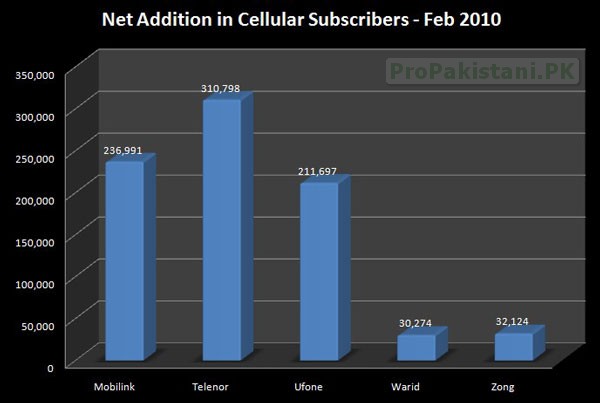 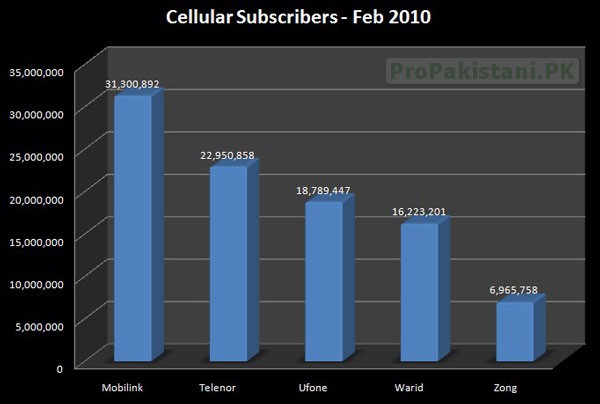 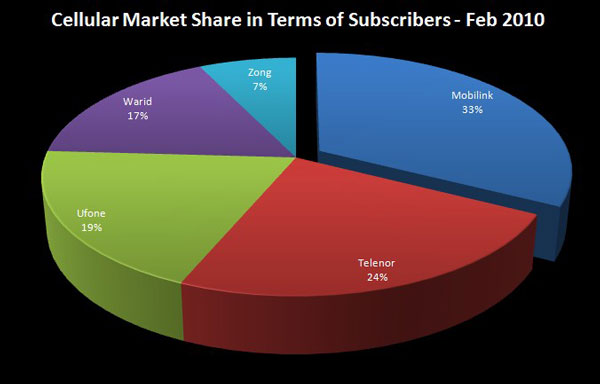 WLL subscribers, on other hands, showed negative growth in third consecutive month. PTCL is topping WLL charts with 1,175,191 subscribers, while TeleCard and World Call are in second and third slot respectively. Total WLL subscribers in the country reach 2,587,249 mark.