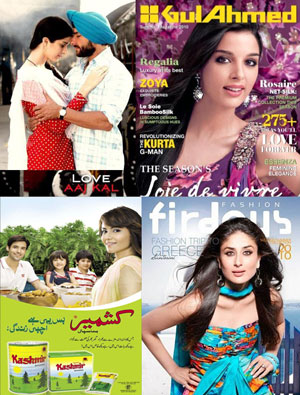 Lately there has been a lot of talk about using Indian faces and Indian talent when making ads for Pakistan. Some people have pointed out as to why local talent was not used.

On why Indian faces are creeping into our ads when we have local talent, a creative manager with several campaigns under his belt and wanted to remain un-identified, explains that this is not a new phenomenon.

He reminds us instances from the past that used Indian crew, in one way or the other. He compiled us a list of campaigns. which involved the word India. 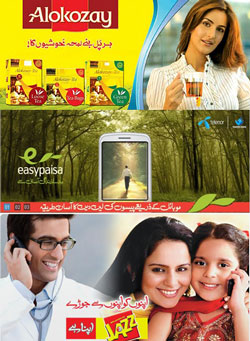 Clearly hiring Indian crew is a rising trend these days. We have discussed before about the technical, professional and working differences of both side of borders, we thought of asking another professional on “why companies are contacting Indian production houses and models for their ads?”.

Faraz, an account manager at a creative agency expresses his thoughts in following manner:

When deciding on a team, our choices are carefully thought out and well researched to make sure that the message will strike a nerve with the target audience.

If the audience responds to a foreign face, there is no reason to go against the tide. At the same time, using foreign talent in no way implies that local talent is not good enough. One has to look at availabilities to work according to the timelines and demands of the clients.

We have very few known directors and even fewer DOPs both of which are extremely important when producing a TVC. Clients are often pressed for time. Companies in the FMCG and Telecom sector, some of which air more than 5 commercials per quarter, cannot at times wait for the good directors’ schedules to clear up and therefore prefer to explore options elsewhere.

Our industry is still very small and unable to meet the demand of the clients in terms of talent as well. For years, we are seeing the same faces walk the ramp and do the commercials. The actors that are on TV have been around for a long time and they have all been used by some company or the other.

Iman has been featured in umpteenth commercials. Shahid Afridi is the brand ambassador for at least three big names. Someone as selective as Shaan has also done several commercials – Mobilink, Pampers, Ronaq Masala to name a few.

Our industry needs a resource injection. More directors and assistant directors, set designers and production crew would make it easier for companies to choose from local variety. Fresh faces are also not very common. With modeling still being a cultural taboo, not many new faces come up. For the industry to flourish, we need to create an enabling environment that follows the professional codes practices internationally and nurtures fresh talent at every level.

How would you comment on these arguments? [Use below space to express your judgments]