These confirmations came from Pakistan, US Romania, Siberia and others.

Earlier Facebook has said that they are disappointed over the Facebook ban in Pakistan and may consider removing the page.

This decision from Facebook came after highest level of protest from Muslim world. Facebook was put down by Pakistan, Iran, Saudi Arabia and UAE in protest over no action against the said page.

Pakistan blocked some 800 websites today that had blasphemous content on it, confirmed us PTA sources.

Update: Wikipedia is back, same is expected for other banned websites.

Update: It looks its was a glitch on Facebook, which showed page offline – but a bad news page is still there.

Earlier page was found offline in more than one countries. Following is the Screen shot where the page was not found in search results 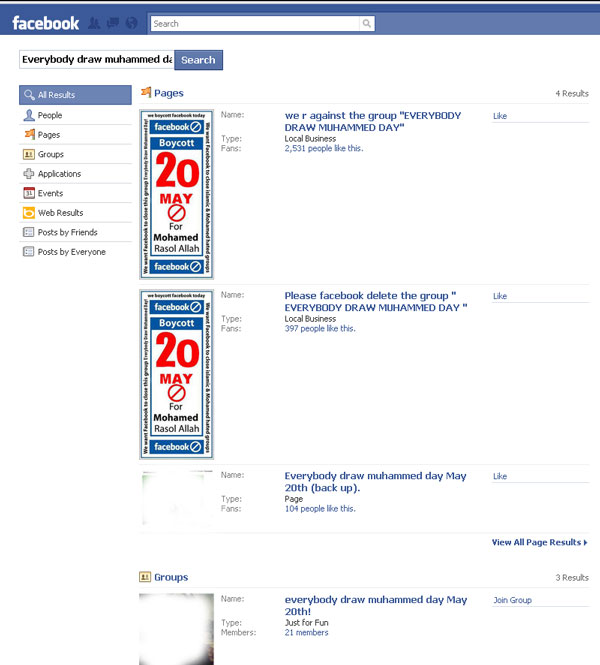 Update: Fan Page was hacked by unknown and this is why it wasn’t appearing on Facebook. [Via status Facebook Status Updates]