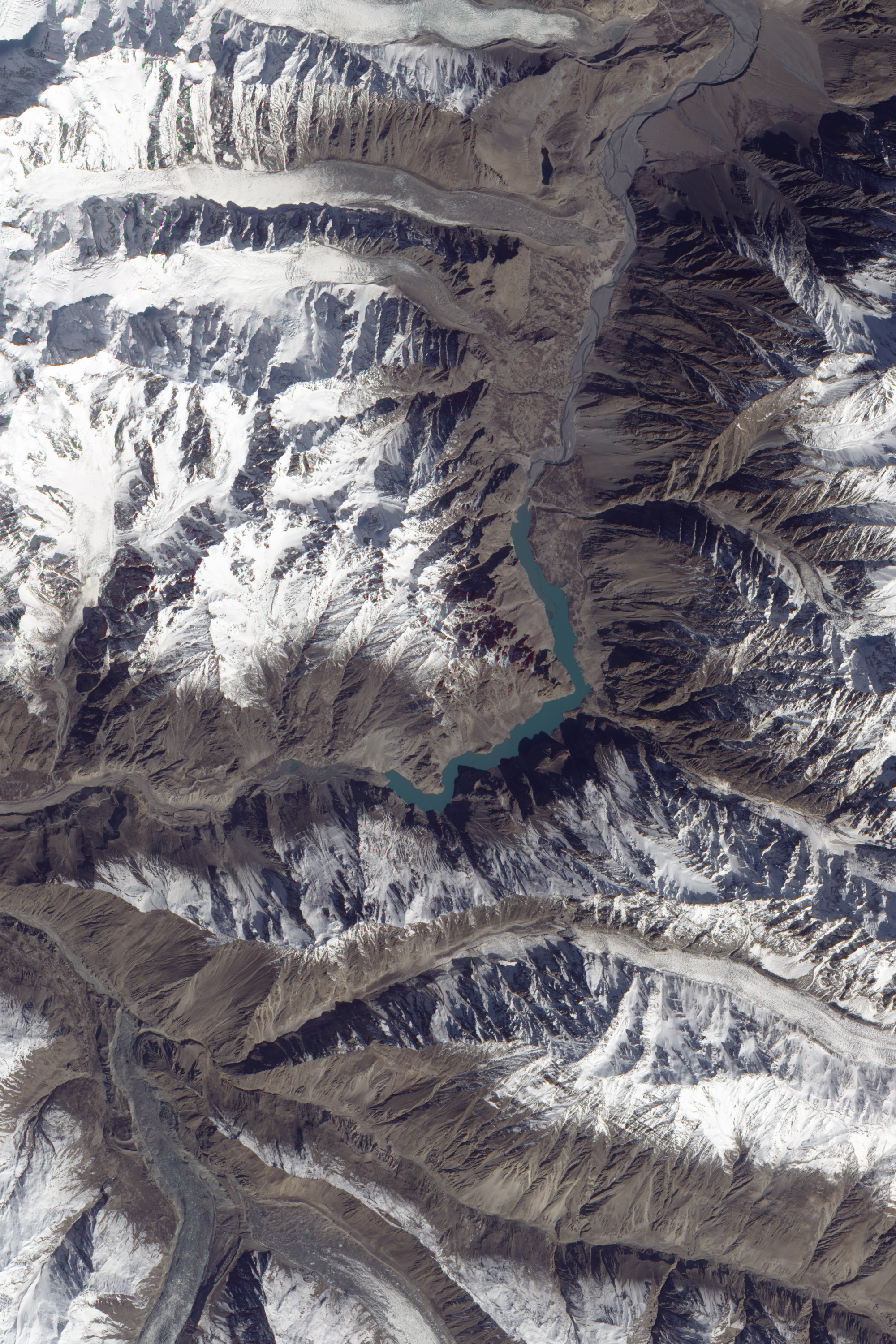 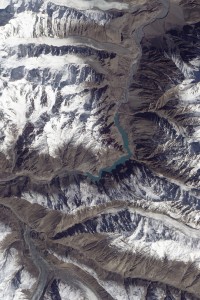 4th of January 2010, was a dreadful day for inhabitants of Hunza-Nagar district in Gilgit-Baltistan, especially the residents of Atta Abad and Aina Abad.

In result of long lasting cracks in mountains due to earthquake in late 2009, a massive landslide hit the area by burying the both villages, killing more than 20 people and several of them injured. Hundreds of the residents became displaced and homeless while thousands of others are on risk in aftermath of this catastrophe.

In second worse outcome, the massive debris of mountain rocks filled the space between and blocked water flow of River Hunza, forming a lake which then also submerged the 22Kms [22nd May 2010] long road section of Karakoram Highway (N-35), isolating the main doorway to Central Asia.

The water rise wasn’t very quick as incident happened in cold month of January and surrounded glaciers have been calm by holding on to snow. Work initiated for clearing up the debris in late January meanwhile occasionally snowfall and landslide continues which obstruct the work badly many times, even injured the work force seriously with couple of sad fatal accidents. With summer approaching quickly, things started getting complicated as glacier started melting quickly and water inflow increased rapidly extending the lake to 18Kms [22nd May 2010] while there had not been any sufficient water seepage until mid March.

This situation also put more remote villages on risk to sink in both cases whether water retain as lake with continuous increasing water inflow or burst in form of heavy flood.

One of our distinguished and most active map makers in Pakistan, Momers posted the situation on Map Maker group on 17th March 2010. Taking the situation seriously, we posted his request for new satellite imagery for area to our different forums asking people vote for the request so it can be handled quickly.

Thanks to all those who voted for, quick enough to make this request acceptable within 24 hours by Google. The very next available satellite imagery taken on 16th March 2010 for Natural Hazards records in Earth Observatory division of NASA was made available in special imagery update on 29th April 2010 on request through Google to all their map products for general usage and so for Map Maker to update the maps accordingly.

With United Nations SPIDER Space Aid activated for the relief support, Google Map group is hoping for more updates on satellite imageries as they are scheduled and being monitored with time.

How its Helping Relief Work?

Because of the time gap between imagery update on map products, Google Map Maker community has made KMZ file type and sent to most organizations working on ground including NDMA, SOP, FOCUS etc.

To extend relief support for ground forces and individuals, we then also made a relief support webpage. The main purpose of this page is to provide the daily updated map data to all who can use it for any kind of relief efforts on grounds whether they are organizations or individuals. It simply works for everybody.

To give a prompt clear idea to visitors, we circled the affected area on map and provided the continuous updated current situation. The base map is being updated by many users at Google Map Maker.

Meanwhile the important emergency features such as Relief camps, medical camps or temporary settlements will also be marked directly as an overlay on the map very soon for a quick approach. The webpage is rapidly updated on daily basis to keep users up-to-date about the situation with news, photos and videos from various sources along with new features added as soon as they become available.

Unfortunately, since the situation is near to go worse in the area hence the need of time is to provide a support to locals in aftermath of any possible destruction.

On behalf of Google Map Pakistan, I will be thankful from my deepest hearts to have your input within your available efforts in this relief support. You can update the base map at Google Map Maker with your local knowledge and put as much as local information you have to make it available for everyone.

As we are working in collaboration with Google along with many organizations helping in relief efforts on ground so you can also send us any useful information in format of KML file e.g. Locations for important or temporary emergency features, available facilities at certain places, new temporary pathways which help everybody in transporting local mass, medicine and food.

You can also contribute by uploading your photos to Panoramio and geo tag them so will appear on photos layer over map. You can upload your videos on any public video sharing site and send us the link so we can share it with the world. All such information will be welcomed at [email protected] Hunza landslide relief support webpage is www.local.com.pk/hunza

Write is one of the top mapping contributors and Pakistan’s ambassador at Google Map Maker.