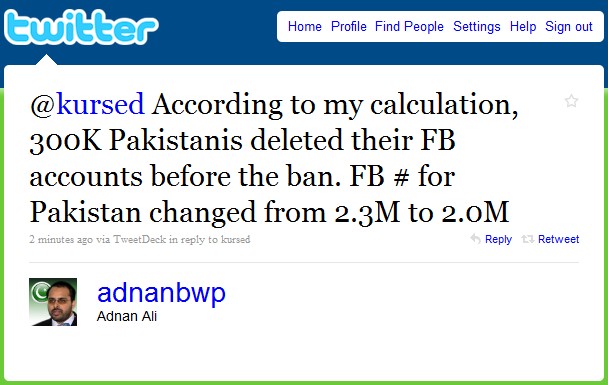 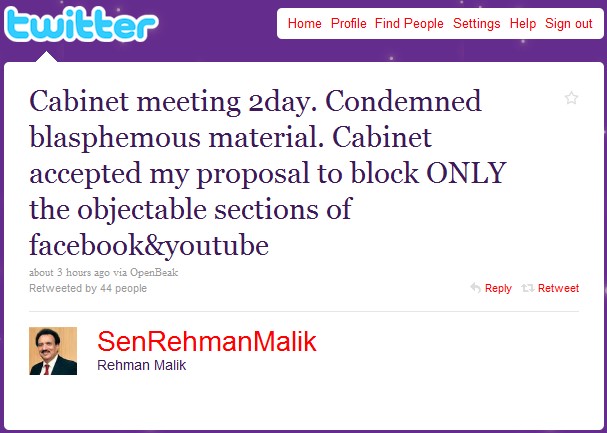 After Facebook’s decision for not banning blasphemous page, around 300,000 out of 2.3 million users in Pakistan have deleted their accounts.

These stats were first mentioned by Adnan Ali, and later confirmed by various advertising agencies who are given number of users in the country for their ad campaigns.

It merits mentioning here that internet users can’t access Facebook after it was banned in the country.

Update: We have received confirmation from Ministry of Information Technology and Telecom that they have asked PTA to get Youtube unblocked in Pakistan except those URLs that contain blasphemous videos. Youtube will become available to masses in few days if not hours.

Ban from facebook will be lifted on May 31st, 2010 as per court orders.

Update: (9:41 PM) Youtube is available on various ISPs as of now.