Pakistan ended with 97.3 million mobile phone subscribers in April 2010 up from 96.77 million subscribers in March 2010, according to recent stats released by Pakistan Telecommunication Authority.

Cellular industry showcased a positive growth of 0.55 percent in April 2010 while maintaining the growth rate of 0.56 percent in March 2010. Cellular teledensity in the country has hit 59.40 mark.

Other than Zong, all cellular companies showed addition in customers.

Detailed information is revealed in below graphs 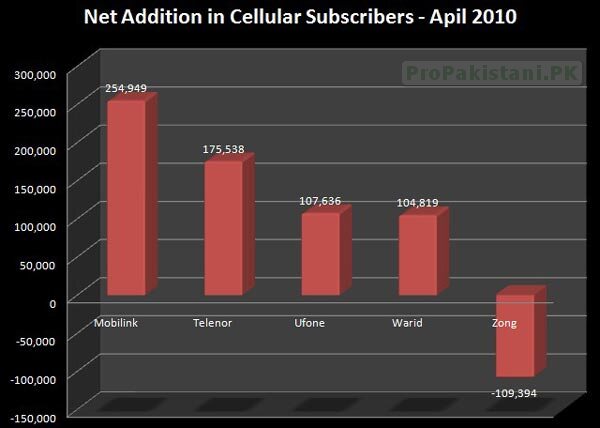 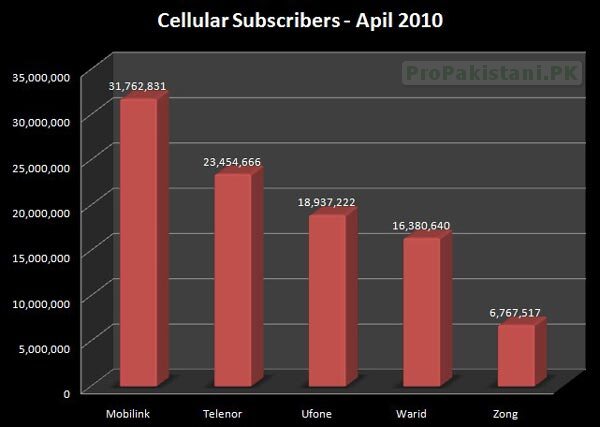