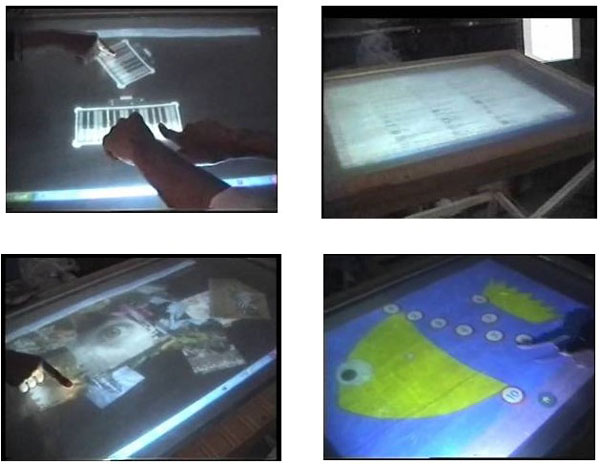 PAKTech, A team of five students from UET Lahore are going to contest for Imagine Cup Worldwide Finals in Warsaw, Poland, a competition organized by Microsoft every year.

Earlier, PAKTech won Imagine Cup Pakistan for their Multi-touch device dubbed as “Mango Touch” beating other 33 other projects submitted that were aimed for Education, Healthcare, Mobility solutions and Gaming.

More than 2,100 students had participated in Imagine Cup Pakistan, from 34 cities and 58 universities.

PAKTech had developed an economical multitouch surface i.e. having the ability to detect single and multiple fingers simultaneously.

The project MagnoTouch enables interactive touch learning for students. Similar to Microsoft Surface, but very low cost, the product is actually a home-made glass table which contains Infra-Red sensors in its frame/borders to sense human touch on the glass.

A multimedia projector installed underneath the table enables view on the glass while an infra-red camera at the same location captures input on the screen and sends it back to the system for processing and output. The idea is to install the device in community learning centers in villages and rural areas so that kids can interact with interactive learning applications installed on it to play and learn at the same time.

The Pakistani Winner team – MagnoTouch – will now receive expert guidance from the local mentors before they go into the worldwide finals so that they can polish their presentation and refine the overall product design.

You can vote for PakTech here