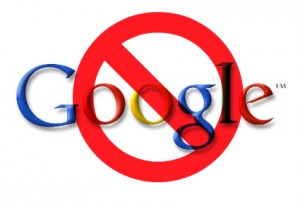 It merits mentioning here that inter-ministerial committee of IT Ministry decides on how to and why to ban or not to ban a website. Committee is reportedly meeting today to discuss the implication, execution and procedures of the ban.

IT Ministry has an option of getting stay-order from Supreme Court against LHC’s decision; however, all these options will be discussed in today’s meeting.

Unlike Facebook’s ban previous month, LHC’s current ban orders for search engines were not welcomed by the masses.

PTA  has already sent a summary to Prime Minister of Pakistan to discuss ban options of offensive websites – summary has details on implications of banning search engines and social media.

Ban includes 9 websites, which are considered as backbone of internet, blocking them will mean a total internet blackout in the country.

Inter-Ministerial committee has decided to ban all those URLs containing blasphemous content, as directed by LHC, however, search engines won’t get blocked in accordance to decision that was earlier taken by Federal Cabinet.

In this regards, Ministry of IT and Telecom will send a list of 17 websites to PTA for a permanent ban.

Moreover, Ministry in its letter will ask PTA to keep monitoring the web for any occurrence of blasphemous content to block them immediately.

Committee decided not to ban search engines, as they don’t host or store any content. However, options are considered to make it impossible to search for certain keywords on search engines.