To the dismay of everybody, HP has now jumped to the hateful business of spamming  emails, earlier the best was confined to smaller local brands with little knowledge only that even lacked professionalism.

Apparently, HP hired a company to send their message in emails to those who never subscribed to get promotional emails and that too from unknown senders.

Legally speaking HP should bear in mind it is doing a crime punishable under the law as Electronic Transaction Ordinance section 36 and 37. Their prosecution may go severe if PECO is given a go ahead from parliament.

One is really amazed as to what led HP to this extent. As far as smaller businesses are concerned that is understandable but one does not expect such superficial things from a brand name like HP.

Lets call a spade a spade, regardless who is doing what, law must come down heavily against all of them, no matter what is the status of the individual or company. 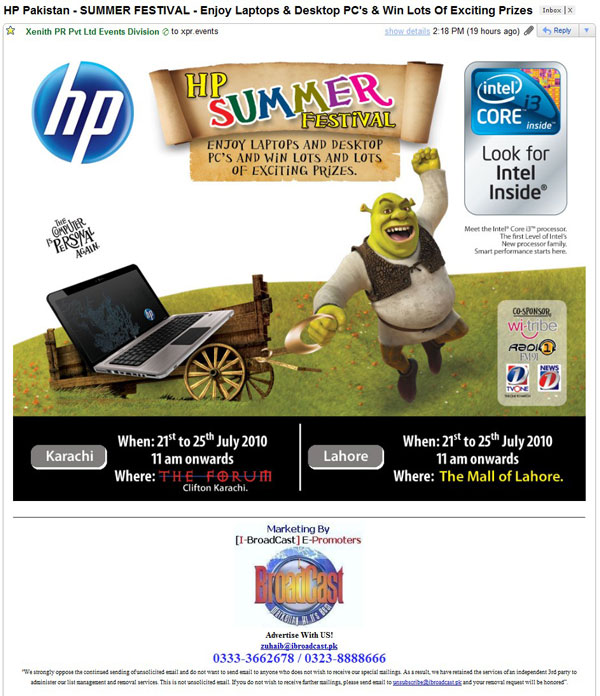