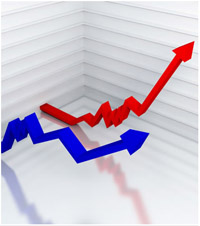 In the recent years, due to pretty low rates of cellular services, there is an increase in the number of subscribers with an accelerated pace. Furthermore, the subscribers adopting internet services are showing incredible growth of 161 percent by June-end.

Pakistan Telecommunication Authority reported, the number of internet subscription on network of different cellular operators have reached 14.4 million by the end of closing financial year 2009-10. The number of internet subscribers on cellular operators’ network was recorded 4.4 million by the end of 2008-09.

Telenor has grabbed the biggest share in terms of number of Mobile internet users; however, penetration-wise Zong is leading the market with its lowest cost package of internet services.

Industry analysts said the internet subscription numbers might be over-stated by the authority because the internet users are not permanent in the cellular sector on specific operator’s network. They were of the view that cellular operators’ revenue has seen a healthy increase from the usage of mobile internet on GSM technology.

As per estimated figures, the number of internet users had reached 19.5 million by 2009-10 as compared, with the number of users reported less than 19 million in the country by the end of corresponding previous year.

However, the number of internet connections has reached nearly 10 million in the country including broadband and dial-up. The broadband growth witnessed 150 percent in just two years, which has never been experienced before.

The number of broadband users has grown from 45,000 in 2007 to 900,000 this year. Due to these results, Pakistan has been placed 6th in terms of quarterly growth and 10th in terms of annual growth in the global broadband market by a leading web source on broadband statistics.