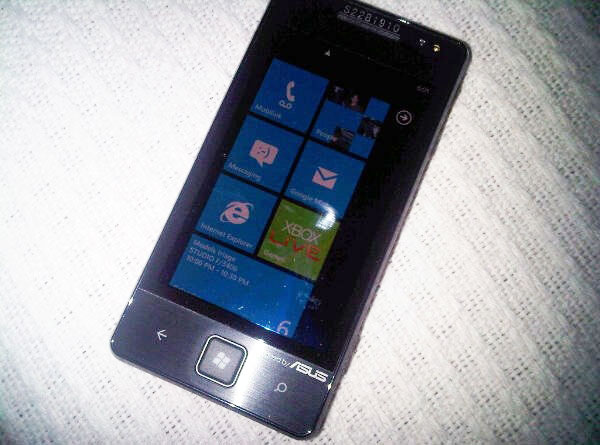 This is one of the most prestigious moments for the people living in Pakistan, as the first ever Windows 7 Mobile phone reveals itself in Pakistan.

This news was released after a Tweet from the user @Shaistajafri brought a slick looking device, that appears to be the Win 7 powered mobile device, and that too by ASUS.

The phone is seen having a brushed metal look, with a front facing camera and having a  “Powered by ASUS” logo on its front (as seen in the pic).

According to reports, the tweet that showed this has now been removed. If so, then we can take this to be some kind of a pre-production device gone for testing to some, few and chosen “lucky” people.