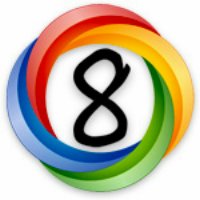 So time now to share some interesting gossip about Microsoft’s upcoming operating system, “Windows 8” that just got leaked on the Internet! The leaked documents reveal some of the sensitive and critical information which talk about Microsoft’s planning to lead the future of Operating System in the world.

And surprisingly, the leaked documents also show that Microsoft has been paying a closer attention to Apple Inc. As showed in the secret documents, Microsoft’s Officials have also discussed in a private meeting in April with the leading computer makers of the world, looking forward to offer a “Windows Store”, in the same way as Apple distributes it’s applications and softwares. A slide from the leaked document also reveals that Microsoft is also looking forward to give Windows 8 a more iPad-like innovation!

Microsoft’s main concern is the future design of Windows 8 as discussed in the slide, “Apple brand is known for high quality, uncomplicated, It just works”. Now that’s where Microsoft is planning to develop a “Windows 8 Prototype Machine”, this will completely redefine the traditional way of computing and will surely make Windows 8 more competitive in the Software World.

Windows 8 Prototype Machine will bring a revolution in the world of computing as it will be more powerful and will offer exciting new features which include, Face recognition-based login, Omni-directional Microphone, Infrared proximity sensor, ambient light sensor and High-quality touch Experience! What makes me more excited is the “Face recognition-based login”, that means Microsoft’s future Prototype Machine will have a built-in Cam that will log the user by facial recognition.

Other features include faster startup, and improved energy efficiency. More over this will also include a reset button that will reinstall the Windows and at the same time it will keep and maintain all your documents, media and other personal settings. So this means, you don’t need to worry about creating backups!

The Product Cycle for Windows 8

Below is the planning that Microsoft is looking forward to:

The Microsoft Journal Post, their official blog which is hosted on Windows Live Spaces, was completely taken down because of violating Microsoft’s terms of service. The action was taken as per request that came somewhere inside from Microsoft, now that gives a clear confirmation that these leaked documents are genuine. It was refused to confirm publicly but also has not denied the facts!

Now this gives a clear indication that Microsoft had no intention talking about Windows 8 anytime soon. But these leaked documents give a lot more sense of what exactly the Windows Team has been doing. And according to the timetable (as seen in the documents) Windows LiveWave 4 [in Beta] will go for the final release in this month [August] and the exciting Internet Explorer 9 [BETA] will also hit the markets this month!

Blogger’s Bio: Aurangzaib Qumbrani is a Software Engineering Student, A Social Media Addict and a tech-enthusiast Blogger. He is the Editor-in-Chief of the MadXperts where he shares his interests about Apple, Microsoft and Google Inc. You can connect him on Twitter!