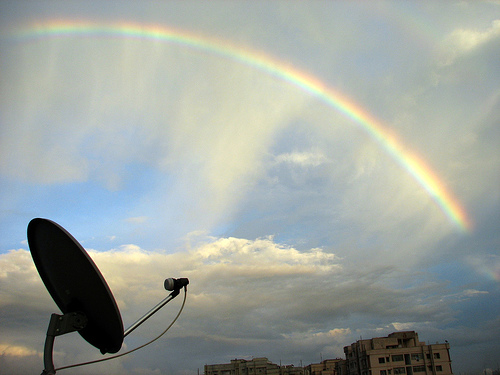 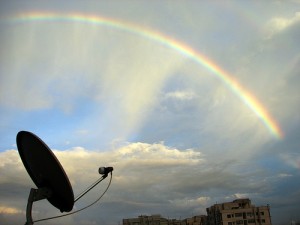 For last few years, we have been hearing about DTH (Direct to Home) and its expected launch in Pakistan. However, it seems that DTH is overlooked in past fiscal years and people are still waiting for something to come in especially after Digital Cable TV system.

As per PEMRA’s annual report, penetration of Digital cable TV system is still under penetration. It says still phase-I is in-process, which is expected to be completed soon i.e. in December, 2011 and that too at metropolitan level.

Concurrently, district level penetration of digital cable TV system was planned to be launched in January 2010 and to be completed by the end of December 2015.

We have already enlightened our readers in past about Digital Cable TV system and its benefits to end users and operators. Without expounding into specifics of digital cable TV system let us analyze the DTH, its impacts and contemplations.

DTH technology is capable of transmitting audio/video signals to subscriber’s premises by using geo stationary satellites. The small dish antennas are used to receive signals by using STB (Set Top Box) with much better audio and video signal and other on demand active and pay per view services.

The DTH is being delayed due to several reasons, while officials may know the exact reasons for its pending status, but what we can measure by viewing current market trends is that its demand is at highest level as of now.

Moreover, government is also overlooking the chance of better execution of electronic media regulations through DTH.

Existing Cable TV market is high revenue market while DTH would be big time threat to existing Analog and Digital Cable TV systems, especially due to its proximity and low cost penetration in rural areas. Resultantly emergence of DTH could be revenue shrinking for existing cable TV operators.

How to overcome this impact?

Is it right or wrong to delay the launching of DTH?

Time will answer this question, but officials must not ignore the benefits of DTH, uproar in the current Cable TV market revenue streams and possible threat to existing cable TV after DTH.

If any, PEMRA can play major role in avoiding any revenue disturbance for any segment of the market.

If in five years as planned, PEMRA completes the digital cable TV penetration in Pakistan (metropolitan and district level), and later on or concurrently DTH service is launched, this may create intense competition for both segments, while handling this competition may go tough for PEMRA.

With that, PEMRA also needs to regularize and plan content development for such services on Digital Cable TV system before penetration is completed. Workshops and seminars can play major role in educating benefits of digital cable TV system to existing licensees. It may nurture in Digital Cable TV operators to launch services more appropriately and proven to be money-spinning.