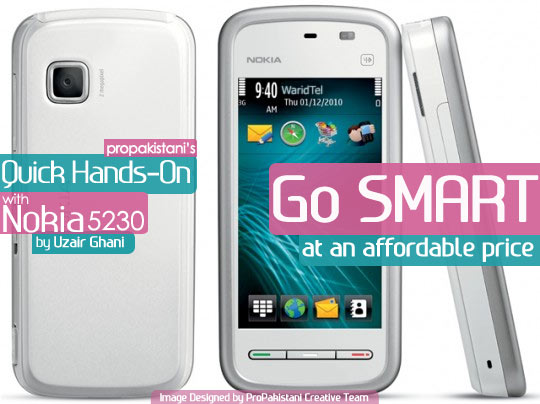 It might be a little late to review the Nokia 5230 since other vendors are invading the market like crazy but the Nokia 5230 is an unsung hero in my opinion.

Nokia has nailed it again with such a low price along with awesome feature in a complete package in the form of the Nokia 5230.

The handset is a little bulky when compared to others mobile phones out there. Slim phones have become a fashion but Nokia’s approach to it’s unique form factor for the Nokia 5230 is really cool.

The phone feels big but comfortable in hand. It has three hardware keys underneath the screen which are for sending calls, menu and ending calls. On the right hand side is the volume rocker and a lock/unlock switch along with a dedicated camera button. On the top there is a 3.5mm headphone jack, a microUSB port for data transfer and a port to plug your charger into for charging your phone.

On the back there’s a 2MP camera which does not have autofocus capabilities but it snaps pretty good photos and is good at shooting high quality video as well.

Overall I was quite impressed with it!

It also has a built-in accelerometer for auto rotation of the screen and to be used in different games. And last but not the least, it has a built-in GPS receiver to get your position accurate to street level on the built-in Ovi Maps app or you can just download the all time favorite Google Maps which supports giving directions in every major city here in Pakistan. 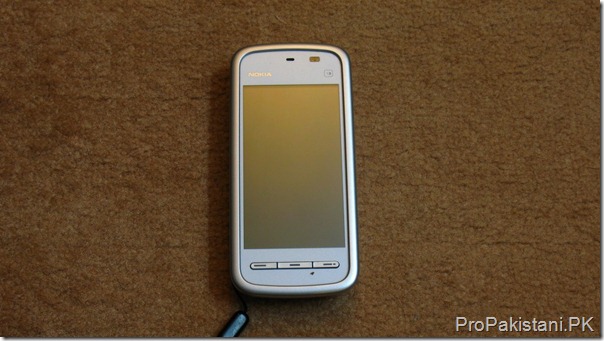 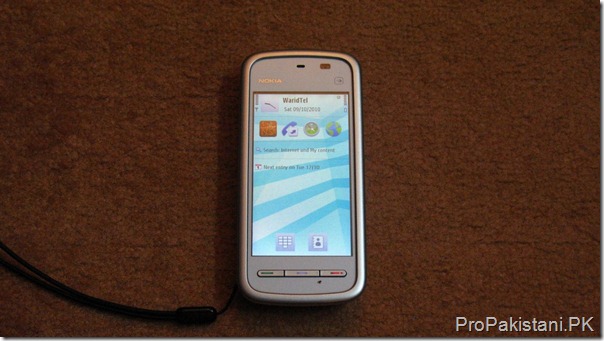 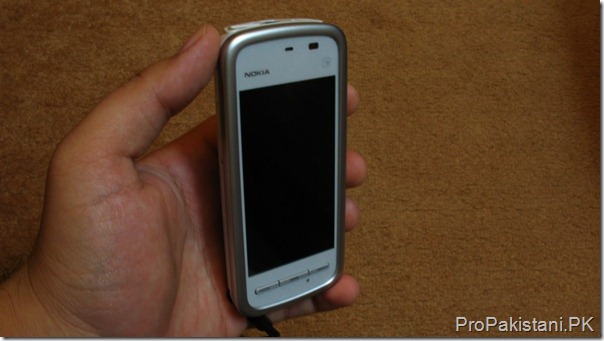 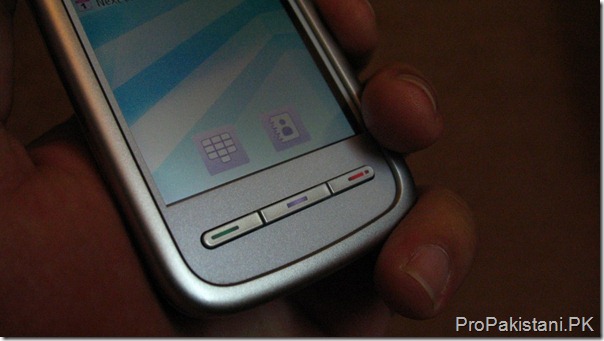 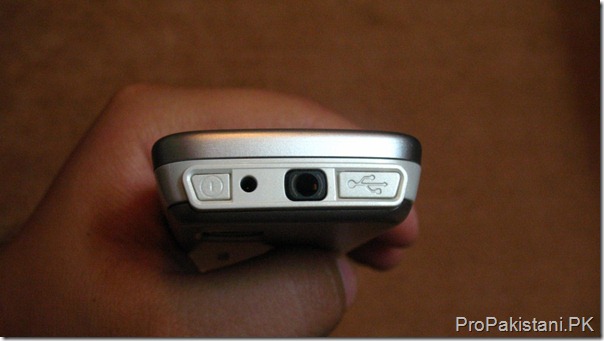 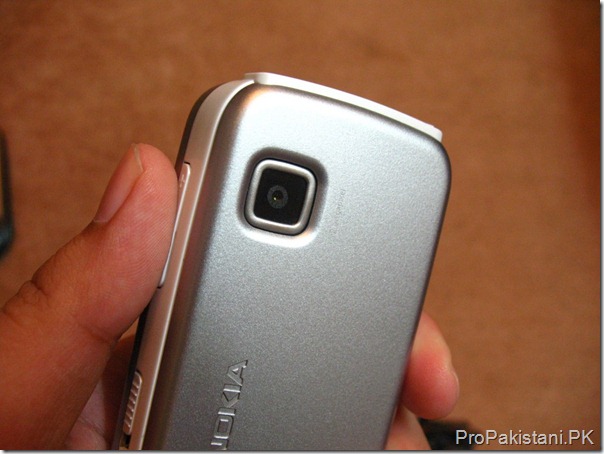 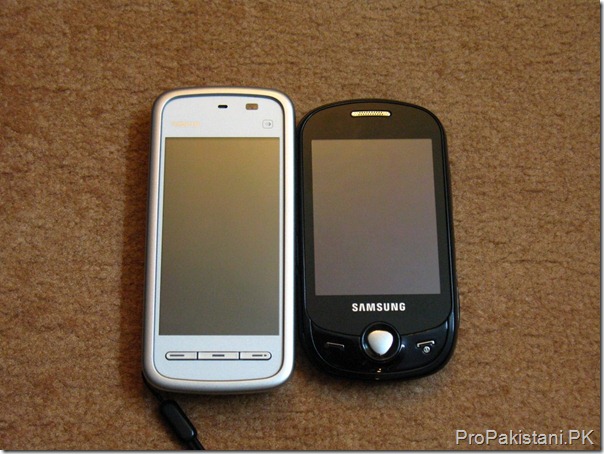 The 5230 runs on top of Symbian S60 v5 which is optimized for touchscreen devices, if you’ve used the Nokia 5800 or the Nokia N97 before, then you’ll feel no difference in software.

Symbian is fun to use especially when it comes to multitasking, there are tons of apps and games that are readily available for the device, which makes the whole experience of using the 5230 a whole lot of fun. 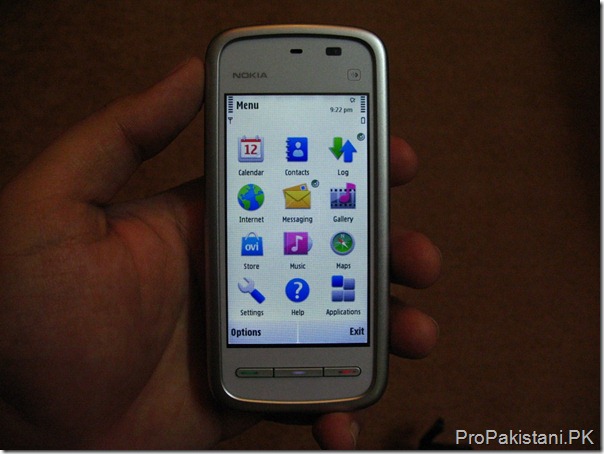 The display is really bright and has a screen resolution of 360 x 640 pixels with a size of 3.2 inches (diagonal).

The screen uses resistive technology instead of capacitive therefore it’s a little sluggish in response. It’s a TFT display which is great when viewing outdoors especially in bright sunny conditions.

Images and video look crisp and clear on the display and the high screen resolution is a treat for everyone.

The phone is quad band, therefore it’s ready to be used on any network you can imagine. It’s 3G capable but we all know that there’s no 3G network in Pakistan so just forget about it for now.

It has Bluetooth which supports sending files and connecting wirelessly to your favorite Bluetooth headset. But the sad part is that it doesn’t have WiFi, it would’ve been great if it was there but not a big deal if it’s not, you can always get a good data package for your phone.

It has Email capabilities and supports almost every type of Email service. Keeping up with your friends and contacts on Facebook is not a problem with the Nokia 5230. The web browser is not that great but it’s not bad either, I would suggest replacing it with Opera Mobile which does the job perfectly and is way faster than the stock browser and uses a lot less data.

I was able to get a solid one and a half day of battery life from the Nokia 5230. It’s battery backup is just superb!

I was able to make several phone calls, lots of text messages and lots of internet usage during the time I spent with it and still I was left with one bar of battery.

I have been doing a little window shopping lately and noticed that the Nokia 5230 is kinda hard to get hands on to, either it’s sold out or it’s not available due to high demand.

The handset is available throughout Pakistan from every major outlet but the chances are high that it will be sold out. For a price of just Rs. 13,500, no wonder it’s sold out in most shops!

I would highly recommend this phone if you’re on a budget but want a good quality handset with a good touchscreen, the Nokia 5230 is the way to go!