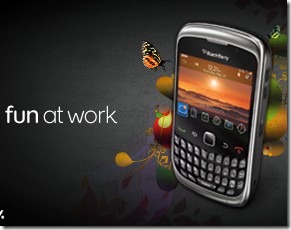 Ufone has become the first player to launch Blackberry CURVE 9300.

This dynamic phone takes fun as seriously as it takes work with its dedicated media keys, trackpad navigation, 3G network readiness and social networking apps ready for Facebook, Linked In and Twitter.

It’s packed with all the trademark BlackBerry features and exclusive Ufone services available for BlackBerry customers wherever they are.

Buy a BlackBerry from Ufone before December 15, 2010, and get FREE BlackBerry services for 1 month!