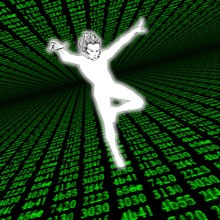 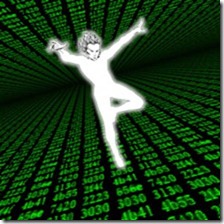 The cyber war between the traditional rivals is intensifying. This has happened before, is currently happening and may happen again.

If we look at past events, cyber war between both the courtiers starts on an event of national importance (of either country).

On such important day (in recent most case it was November 26) junior hackers of either side get active and deface some websites of opposite country (let’s suppose country A). In response to which, hackers from the attacked country hack-back some websites of the country A.

In all previous examples the Cyber War is started by junior hackers, who do such kind of activities to gain the fame. When the news reaches the media, (press, electronic and online) the issued gets hyped-up and this is where senior hackers come into play.

This is how it starts, hundreds of websites get defaced – it keeps growing until some hackers with connections to both sides of the border step-in and ask the activist hackers to stop the non-sense.

The term “Cyber War” was first used in 1997, when both the countries remained in state of cyber war for five years or so. Then, from Pakistan’s side the war was fought by PHC “Pakistan Hackers Club” and Gforce.

These two groups were responsible for defacing hundreds of Indian websites, and broke all global records of cyber war history. Both of the Pakistani Groups then settled issues with NEO, an Indian hacker to conclude that 5 years running Cyber war.

Later in 2008, a group of script kiddies (junior hackers) called HMG defaced OGRA’s website, in response to which PCA (or Pakistan Cyber Army) hacked at least 5 Indian websites including their Oil and Natural Gas website.

This didn’t stop here and hackers from both the countries got active and defaced hundreds of websites of both the sides.

As before, after well fought battle, hackers from both the sides settled the dispute with the issuance of a joint statement. (Given on right side here).

In fact, there were reports that both the parties signed a pact and decided not to get involved in Cyber War again.

There is this important thing to note: These hackers do such kind of activates to get noticed and for the fame. Obviously they are not get paid to hack websites, neither they bear personal grudges.

However, when hacking news become the leading story, hackers are further propelled to carry on the activity. It actually incentivizes them to not to stop here.

If we peek at Indian media these days, they are non-stop beating the issue of CBI hack. Which is doing no good but fanning the fire in Indian Hackers.

It is anticipated that Indian hackers will back-fire on massive scale, for which Pakistan Cyber Army is already prepared (we are told).

Here is a glimpse of how Indian Media is buzzing the issue:

What both the Government Should Do?

First thing: Secure your servers, they are real weak at security. This is why even the junior hackers get into your systems so easily.

By this I don’t mean that hackers are just the kiddies and can’t deface big websites, in fact a hacker’s group from Pakistan has defaced Google’s website in the past.

This is evident from a statement from Sunil Abraham, executive director of the Bangalore-based Centre for Internet and Society, given to Al Jazeera. He said:

The Indian government has a very low level of cyber awareness and cyber security. We don’t take cyber security as seriously as the rest of the world,” he said.

“Make at least 10 times the current level of investment to get their standards to match the rest of the world”.

Same is the message for Pakistani authorities. It must push NTC to escalate the level of web. Better try some enhanced protocols and firewalls. Cisco may help them in this.

Next thing up: Get these hackers into some productive work. Help them build their careers and making then develop some anti-hack products. This is how they gonna get the reward and won’t run useless fame.

We can anticipate that this isn’t going to end here. We may see more hacking news this week too. But eventually, they will have to stop (if they are sensible). So it’s better to stop at earliest.