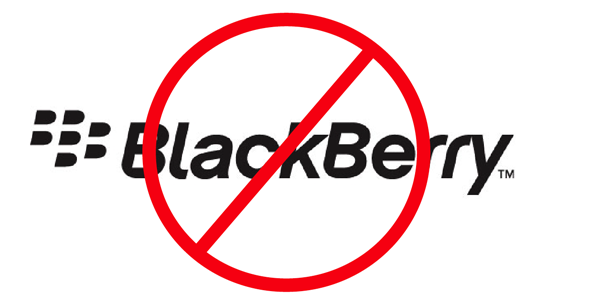 The government has decided to ban official use of BlackBerry cellphones to plug leakage of sensitive information to hostile parties, reported Business Recorder, citing sources in Interior Ministry.

This ban must be viewed in the context of WikiLeaks revelations that shook the world including Pakistan through the release of thousands of secret cables sent by US embassies to the State Department. The sources said it has been observed that some federal and provincial departments’ functionaries are using BlackBerry cell phones for communication of official voice/data.

There are following two fundamental problems in the use of BlackBerry:

Business recorder said Chinese and French governments have imposed ban on Research in Motion (RIM). There are also reports that Saudi Arabia and United Arab Emirates (UAE) have undertaken initiatives to place restraints on BlackBerry services.

The US and European countries have vital interests and troops in Afghanistan. Therefore, it can be safely assumed that there can be attempts to monitor communication traffic originating from Afghanistan and surrounding countries.

The possibility of some foreign states supporting their security partners to facilitate access to the communications traffic originating on BlackBerry network in the region cannot be ruled out.

Cabinet Division has recommended that any communication which has control outside Pakistan should not be used in view of high risk of cyber espionage.

Since BlackBerry is a brand of a foreign company whose services are controlled from outside Pakistan its use by government functionaries at all levels for official business poses a credible threat to national security and needs to be banned immediately, sources quoted the Cabinet Division as recommending to Prime Minister Yousuf Raza Gilani, noted the paper