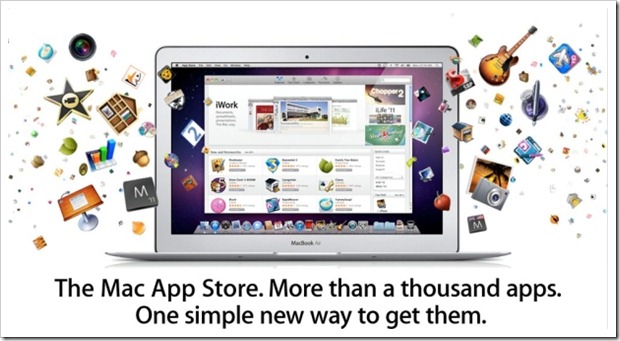 Today Apple has released the final update of Mac OS 10.6.6 with all the bugs fixed and also the much anticipated appstore for Mac.

According to Apple, the marketplace is launching with over 1,000 paid and free apps in categories ranging from games to productivity.

As with the company’s Mobile store available for the iPad and iPhone, users can search for apps, find out “what’s hot,” check out staff favorites, and see the most-downloaded programs in different categories.

“With more than 1,000 apps, the Mac App Store is off to a great start,” Apple CEO Steve Jobs said in a statement. “We think users are going to love this innovative new way to discover and buy their favorite apps.”

But it’s important to note that the Mac App Store won’t be offered to every Mac owner. The store is available only to Mac OS X 10.6 Snow Leopard users through the free 10.6.6 software update.

It will also be made available in Mac OS X 10.7 Lion expected to be launched later this year.

For Developers, Apple is keeping the same revenue-sharing policy it has in place for its mobile app store. Developers selling paid apps will keep 70 percent of the revenue generated from sales, while Apple will take the remaining 30 percent. Developers offering free apps won’t be charged anything to make their programs available in the Mac marketplace.