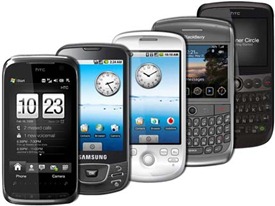 With the recent turn in technology and the rise of ubiquitous computing the world over, it comes as a little surprise that not much has been happening to promote this ‘new technology’ era in Pakistan.

Although, there has been a gradual transferal in trend of cell phones users shifting from ordinary mobile phones usage such as making and receiving calls and messaging towards more value added services offered by the new generation of smart phones including emailing, documents viewing, gaming, photos and video capturing and even editing and what not.

The irony however, lies in the fact that there is very little support for these technology savvy smart phone features in the market and mobile service providers are doing little in their own capacity to promote the trend and accommodate for the shift in the nature of use of mobile phone technology.

With tablet computers being the new ‘IN’ thing the world over nowadays, in Pakistan, we’ve hardly seen telecom companies actively involved in promoting  the smartphones revolution in our country.

Perhaps, Mobilink is the only one to date who has done a commendable job in taking initiative of starting the smartphones revolution in Pakistan back in 2005 when they first launched BlackBerry.

At that time, only the elite, the corporate and the professional could think of using the BlackBerry because of its usage and benefits of ultimate connectivity.

However, as the years have passed, the trend of using smartphones started shifting as mobile phone manufacturing companies like Nokia, Samsung, Motorola, HTC etc. started making smartphones for both low as well as high-end consumers.

At present, customers have a lot to choose from when it comes to purchasing a smartphone. We have BlackBerry, IPhone, Android phones, Windows Mobile phones, and two-in one tablet computer phones too.

However, once again, unlike in West, when a technology comes, it is very well supported by the complimenting service provider, in our country this practice is not so common yet.

Right now, only Mobilink has taken the step of introducing a variety of smartphones in collaboration with mobile companies like Samsung, Motorola and HTC and have launched Galaxy Tablet, Milestone and HD7 respectively in local market but others are still stuck at BlackBerry.

The question that now rises seeing the diverse lineup provided by Mobilink is, where are all other mobile service providers and why have they kept a distance from the needs of their customers so much that we actually feel deprived from what has become very ordinary the world over?

As of now, Ufone, Warid and even Telenor have only introduced various BlackBerry handsets but do we as tech savvy Pakistani consumers only need telecom support for BlackBerry only? Just to mention Zong came up with a low priced android handset, but this market definitely demands for more.

Every single user of a smartphone has a different set of needs and is comfortable with using a specific kind of smartphone for example, I am a hardcore Android phone person and I will never go for a BlackBerry. In that case then, I may opt Mobilink to go with because they have got what I want. It is time for the rest to follow the lead and move on!