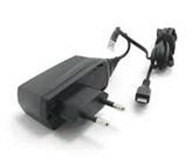 Mobile phones have become part and parcel of our daily routine and more often when cell phones are to be charged, it happens that either charger isn’t available or it belongs to a different brand.

This situation isn’t always faced but probability can’t be ruled out.

At times, different models from the same manufacturer have different standards for charging the devices which not only annoys the end user but also frets the manufacturers. Moreover, the purchase of a new device or charger makes the older ones eligible for disposal which contributes to environmental problems.

To standardize the process and make life easier for both manufacturers and end users, an initiative was taken by European Commission back in June 2009. The Commission requested major mobile phone manufacturers to adopt a standard which will be followed for all future mobile phones in Europe.

All manufacturers agreed to adopt Micro-USB as a standard charging socket. Technical specifications for new standard have been approved by European Standardization bodies – CENELEC & ETSI. These specifications define interoperability and also take safety risks and electromagnetic emission of charging devices into account.

Starting from this year, all upcoming mobile phones from aforementioned manufacturers will be having Micro-USB sockets for charging the devices and one charger will be compatible with all mobile phones irrespective of the manufacturer.

Even a Micro-USB data cable connected to a PC/laptop will charge the device thus simplifying things for the user. Nonetheless, this is happening in Europe for the time being but other parts of the world can expect a similar harmonization of the standard.

Majority of the manufacturers have already adopted this standard and there won’t be much hassle involved for mobile phone producers in expanding this standard to their globally distributed products.

Nokia N8, for example, is a handset that has support for charging the device both by using standard Nokia charger and Micro-USB cable. Likewise, Samsung Galaxy S and HTC Desire HD also support charging through micro-USB ports along with many others.