SE XPERIATM X10, X10 Mini and X10 Mini pro will stick to Android v2.1 a.k.a Éclair, however, they’ll be getting software enhancements via future upgrades.

SE claims that current Android version combined with their proprietary software updates is the best available option for these devices and they’ve plans for implanting new features through software upgrade e.g. introducing Multi-touch support to X10 and other members of XPERIATM family in Q1-2010.

It merits mentioning that with the introduction of XPERIATM X10 SE got back on the track which they might’ve otherwise lost.

XPERIATM X10 proved to be the success for SE itself. They were already late in releasing Éclair Upgrade for the device and now they’ve abandoned next OS upgrade at least for older members of the XPERIATM family. XPERIATM X10 users can still upgrade to Froyo and even Gingerbread (Android v2.3) using unofficial custom ROMs but at their own risk. 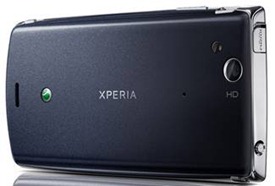