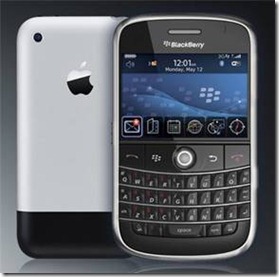 Okay, I will be the first to admit, ever since I got a Blackberry, I have been raving about it to everyone.

At first, I never thought I would get used to it, and it seemed like a huge big calculator to me (I am more used to sleek phones). But once I got it, it really grew on me.

But now I have begun to wonder if there really is any big deal about a Blackberry and more important, can you do without it?

Well, first of, let me begin with telling you the truth. I got my Blackberry cellphone from my company and they pay for the service charges as well. So basically for me, it’s free. Otherwise, I would have been forced to shell out a minimum of Rs. 15,000 for a basic device (a pearl) and at least Rs. 1,000 per month just for the services.

So would I opt for it if I had to pay the charges for myself? Well, after thinking about it for sometime, I would have to say a Big No.

Although the Blackberry really does help with my work, it intrudes on my personal time as well. Whenever I hear its buzz, I get this urge to check the inbox.

The premium charge for Blackberry service is a lot. Almost all cellular operators are offering GPRS packages (2GB limit for Rs. 500) whereas the minimum charges for Blackberry service are from Rs. 750 – Rs. 1,000 (depending on operator), which means that with Blackberry I am spending about Rs. 250 – 500 extra. Now what do these extra charges translate into?

Officially Blackberry browsers are not working so I am confided to do the browsing with a 3rd party application like the Bolt. The Facebook app will not work as well. I do get an option to configure 10 e-mail addresses but I can do the same on any new smartphone as well.

In fact, many e-mail services like Gmail have their own apps which work a lot better on non-blackberry smartphones. Unfortunately you will be unable to use Yahoo on blackberry unless you have a paid account so that is another expense.

The other two options that I get is a Blackberry e-mail address, which goes something like [email protected] but do I really need another e-mail address after Gmail? Again, I would say: NO!

Here, I would like to mention a really nice feature, the Blackberry messenger. But again, most of my contacts are on MSN, so incase I really want to trade encrypted (yes indeed, BB messenger is encrypted) messages with my work colleagues regarding my boss, then it really is a great utility.

A myth which somewhat generated about Blackberry services is that browsing is really fast. I haven’t really noticed the speed although the OS is really great, I don’t really like their browser. So any 3rd party browser is bound to affect speed.

Yes, you do get push based e-mail so your phone won’t be engaged when you get e-mails so that really is a plus point.

But at the end of the day, I will prefer a phone with nice multimedia features, a nice camera, 1 year warranty (yes, incase you did not know, most operators are offering Blackberry’s in Pakistan with a limited warranty) and the ability to use the Facebook app without having to pay extra. And lets not forget, I will still be able to configure multiple e-mail addresses.