The first positive feature about the system is that it actually is a “Travel Mate”. It has special anti-shock features due to which it is less prone to damage by bumpy rides.

By personal experience, I know that laptops can start to make weird noises if you are on a long journey by road or if you some times keep the system on tilted surfaces.

One of my laptops had some sounds coming from its hard disk after I took it with me for a good 600km on the road. The sounds disappear now when I tilt it a bit and put it back on but it does indicate a slow but steady hardware damage. 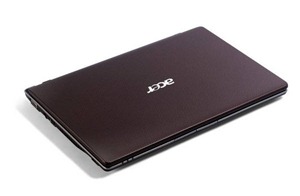 Battery time is one of the most important features that users demand. Acer TravelMate TimelineX has an impressive battery timing as compared to other competitors in the market.

Since Acer TravelMate TimelineX is specifically meant for travelling, its battery is better suited to run for longer periods of time.

Hopefully the 8 hour claim of the company would provide at least 6 to 7 hours of battery time since HP and Dell laptops fail to get anywhere near what the brands claim.

The security features of the laptop are a little more than usual. Apart from having usual security settings that are software dependent, Acer TravelMate TimelineX also provides several hardware locks as well.

A negative of the machine is that its hardware is somewhat under utilized. The system can support a 64 bit OS but still the company installed OS is actually 32 bit.

Some of the more advanced users would know that 64 bit machines are usually faster than 32 bit machines because they employ better techniques for handling data processing. A 64 bit OS would have made the system much faster than what it is now. 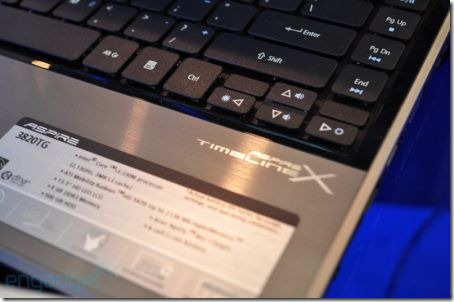 Another thing that the system lacks is a Premium edition of Win 7. The system has the Professional version of the windows 7. It is just $20 (Rs. 2,000) cheaper than the premium edition but lacks some important features.

It has no language option for different software and also lacks the bitlocker software. This defect might not be a problem at all for normal home users but can bother the professionals.

Underline: A nice, compact and powerful system from Acer.