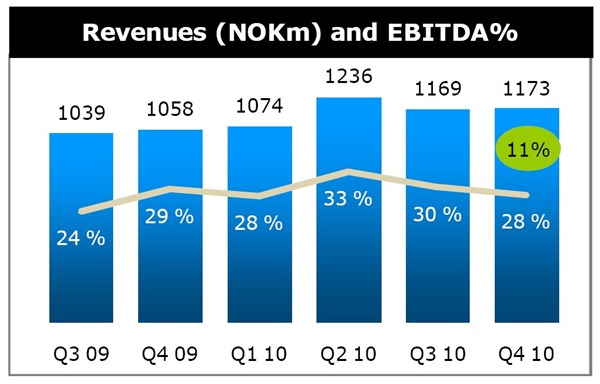 Telenor said it generated total revenues of USD 204 million dollars in fourth quarter, out of which, USD 10 million dollars were contributed by non-mobile (Easypaisa) services.

Company said it was able to reduce capital expenditure with continued focus on network capacity investments to align with current subscription growth and traffic volumes.

Telenor, in its stats revealed that ARPU for its postpaid customers remained at Rs. 773 during the fourth quarter, down from Rs.847 a quarter before. While ARPU for prepaid subscribers witnessed quarter-on-quarter consistency at Rs. 223. 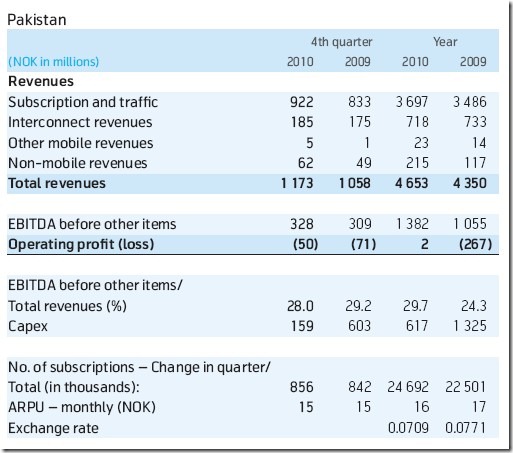 At group level, Telenor Group posted fourth quarter profit of NOK 2.1 billion, lower than NOK 2.17 billion last year. Earnings per share from total operations was NOK 1.28, down from NOK 1.31 in the prior-year quarter.

Revenues increased to NOK 24.86 billion from NOK 22.42 billion in the prior-year quarter.