This is a guest post by Naseem Javed, recognized as an authority on corporate image and global cyber-branding. Author of ‘Naming for Power’, he introduced the Laws of Corporate Naming in the 1980s and also founded ABC Namebank. He is currently lecturing on gTLD issues. 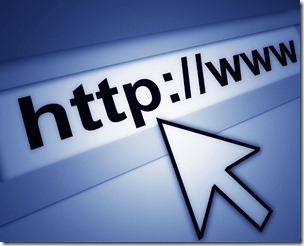 Soon the standard .com’s, .nets and .orgs , which are now the basic domain suffixes of most web addresses, will give way to custom domain names, as a plan by ICANN is there to open op the domain name system to new suffixes creates opportunities for companies to build and strengthen their brand identities. While the cost to create a domain would be as much as half a million, it’s a drop in the marketing bucket.

The latest ICANN plan to allow the global populace to assemble an entire domain name like www.yourname.yourname as their free choice is a revolutionary and timely decision.

A new study estimates that this new registration process would create $33 billion in fees in the first three years. The prime beneficiary will be ICANN, which operates as a not-for-profit organization, but it still would have to deliver a highly structured, high-speed service and meet global needs.

Other big recipients will be the worldwide domain registrars and highly specialized experts and lawyers, while the cascading revenues will go to IT and Web support organizations. The public at large will become the real beneficiaries, as a billion new users will come online, millions of new interactive gateways will open and thousands of new global brands will emerge.

This will have a global impact and bring a new face to global e-commerce. The study also points out how in countries around the world, new national clubs of overnight billion-dollar domain name owners will emerge, all fueling the new global race.

In contrast to the nickel-and-dime registration fees and fighting over domain names, this mature approach will alter the domain name perceptions for the global business community, as by and large, domain names have been the most grossly overlooked aspect of a name identity, assumed to be only handled by junior programmers and Web designers. The new registration process has built-in controls – gone will be the days when billion-dollar businesses were on their hands and knees when some kid squatted on their domain names for peanuts and had the capability to pull the corporate strings. In those earlier days, at $70 per domain name, up to a million names per day were being registered. The success was so huge that VeriSign (Nasdaq: VRSN) ended up being sold for $22 billion.

This latest approach allows great ideas to catapult into overnight global-cyber-name-brands of extraordinary proportions, yet the game must be played fairly and with proper registration while accommodating all the trademark issues. However, the businesses will have to deploy smart and professional strategies with a commanding knowledge of global corporate nomenclature and cyber name identity ownership.

The logo design-driven methods of the previous century are rapidly being replaced by name identity-driven cyberspace. Names like the ultimate flag carriers of the brand will skate around the world and tap the right customers, using the latest online multimedia-searching and cyber-branding tools, and this rule of owning a perfect name with a perfect suffix will propel a brand to new heights overnight.

After years of research, a study by ABC Namebank, titled "The New-Name-Economy & 2010 Cyber Branding Strategies" finds there are already some 18,700 companies in the world today that will apply under this new policy, either by choice or forced by competitive elements to secure layers around their existing brand name identity. Based on their huge budgets, the suggested fee of $100,000 to $500,000 is easily affordable.

According to this study, there is also a huge second layer of applicants, where some 1.1 million businesses representing the big commercial interests from all the countries of the world that will enter this arena. These organizations basically have no choice but to fully embrace the new model, as the performances of their current and existing name identities are already seriously questionable. There are also the governments and municipal bodies all over the world and thousands of trade associations who would like to form exclusive consortia to create cyber-umbrella-identities.

The study further refers to the last layers of entrepreneurial players from all over the world who will enter this arena to quickly become the next eBay, Google, YouTube or Dell using the mix of multimedia forces and online visibility. The study confirms the role of the dot-com suffix as still being the king, and will remain so until the new system is fully entrenched over the next five to 10 years.

All told, the new registration formula brings a serious high-class tone to the process; the sophistication of creating, building and playing on this new name economy will be awesome. Only the best-designed and properly crafted, highly logical identities that will pass the stringent test of the Five Star Standard will have the chance to join the real race, while the others will merely be the spectators. Business naming is a very tactical, black-and-white exercise and is not to be confused with a typical, logo-driven agency project.

Give Them a Break

The study also challenges the high non-refundable costs as being out of reach for nonprofits, public organizations, developing countries, educational services and religious and community organizations and suggests that the huge economies of scale should bring it to a moderate fee, comparable to a regular highly automated and streamlined current global trademark filing fee structure.

The approval system should be based on globally recognized intellectual property and trademark guidelines, making the process highly transparent and easy to decipher with efficient, quick and cost-effective outcomes. The entire program must quickly reach critical mass to make its global impact and benefit the global users online. The study offers configurations of various national consortium registration models and corporate and public bidding routines.

With launch scheduled for as early as 2012, the window of opportunity is already very tight. It requires tactical game planning for businesses to fully sort out preplanned and desired identities and the posture to go after them against a global competition. Corporations have already started serious discussions on how to capture the most creative and powerful solutions. Initially, the early domain names took a decade to spread around the globe, but today they are entrenched in every walk of life.

Like a tsunami, they will all descend at once from all over the globe in this new race. The global businesses and the public both are gathering fast at the starting lines, getting set and ready to sprint.

The shot is about to be fired.