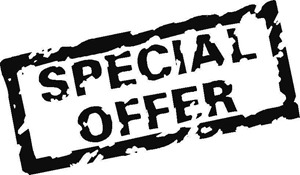 The relief of various telecom operators may get disrupted, especially those who were advocating for 4G in order to escape from 3G rollout and the investment, if the title mentioned above turns true.

And the news is, that Government may think of allowing 4G rollout for the price of 3G, meaning that operators will have to pay for 3G license, and they will be allowed to rollout 3G or 4G based on their strategy, needs and the will.

According to Express Tribune, this groundbreaking idea is revealed by Dr. Yaseen, Chairman PTA, himself.

This actually shows how keen the government is to giveaway 3G licenses, apparently, not because that the people of Pakistan need it (if this was the case then we could have 3G back in Feb 2009), but for a fact that current government wants to make some money out of 3G license auction – more than a billion dollar at least, according to industry experts.

If, as opined by Chairman PTA, government eventually allows such a liberty to operators to opt between 3G and/or 4G rollout, all those anti 3G and pro-4G voices will dissolve, who were resisting 3G on the shoulders of 4G to avoid 3G and to save their reputation at the same time.

Based on level of disinterest shown in 3G seminars, it is apparent that telecom operators are in no mood of investing anything, due to low or no profits at all.

However, on other side, government has given the task to Chairman PTA to prepare the industry for 3G, at any cost. Reportedly, current government is trying to reap the potential of 3G license fee, based on India’s recent experiment of making 14.6 billion dollars from 3G licenses.

But again, the question is: Do we really need 4G or even 3G? Do we need to invest billions of dollars for the facilitation of very fewer numbers of customers who may need higher broadband on the go?

And just for a hint: telecom operators are planning to offer 3G services with 2G license. Don’t ask me the how part for now, as things are at ultra classified level for now.